Litzy Net Worth: Litzy is a Mexican actress and singer who has a net worth of $5 million. Litzy Vanya Domínguez Balderas (best known as simply "Litzy") was born October 27, 1982 in Mexico City, Mexico. She is best known for having been in the Mexican singing group Jeans. Litzy initially got involved in the local scene after joining a group called Glenco, later participating in the teen pop act Jeans.

At the age of 15, Litzy signed with EMI as a solo artist, moving to Barcelona, Spain to record her debut album Transparente, produced by Eduardo Posada. The songs No Te Extraño and Quisiera Ser Mayor were soon climbing the Latin charts. She is also known for her (always-the-protagonist) roles in telenovelas, including Televisa's DKDA Sueños de Juventude; Telemundo's Daniela, Amarte Asi and Una Maid en Manhattan (a spin-off and expansion of the Jennifer Lopez movie Maid in Manhattan); Venevisión-with-Univisión's Pecadora and Azteca [Mexico] TV's Quiéreme Tonto. As a singer, she is probably best known for her song La Rosa. She also performed the entrada song (opening theme song) for both Daniela (Sobreviveré) and Amarte Asi. For Una Maid en Manhattan, she sang the opening theme song as a duet with Siller. She also recorded a theme song entitled "Pecadora" for Pecadora. After making Amarte Así, Litzy studied acting in Los Angeles for the better part of a year. After acting school, she was credited with roles in three obscure Mexican movies before obtaining landing roles in Pecadora: Vestidos y Otras Anécdotas, a short movie entitled Subversiòn Total (2007) and Borderline (2009/II). 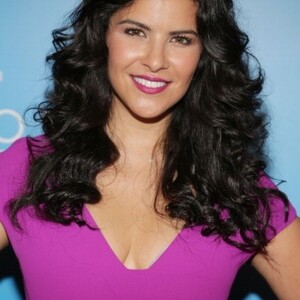