How much is Lisa Rinna Worth?

Lisa Rinna Net Worth: Lisa Rinna is an American actress and television host who has a net worth of $10 million. Rinna has had a career in television that has spanned decades, but she's probably best known for her roles on two soap operas, one the daytime fixture Days of Our Lives and the other on the original version of Melrose Place.

Early Life: Lisa Rinna was born in Newport Beach, California on July 11, 1963. At age 7, Rinna and her parents relocated to Medford, Oregon, where Rinna spent the rest of her adolescence, eventually graduating from Medford Senior High School as part of the class of 1981. After graduation she moved off to San Francisco in order to pursue a career as a model, which eventually lead to roles in TV commercials. Then, it was only a matter of time before her first big break and her show business career began in earnest.

Acting Career: When she was 22 years old Lisa appeared in the music video "Naughty Naughty" by John Parr, and in 1990, she appeared in multiple episodes of The Hogan Family. Her first big role came as "Billie Reed" on NBC soap opera Day of Our Lives in 1992. From 1996 to 1998 she played "Taylor McBride" on Melrose Place. She has been on screen with her husband Harry Hamlin in Veronica Mars and the movie Sex, Lies & Obsession. Rinna became the co-host of Soap Talk in 2002 and won a Daytime Emmy Award. She took over for Joan Rivers in 2007 as the host of the TV Guide Network's red carpet affairs, and in 2009 she starred in a Broadway production of Chicago. Also in 2009, it was reported that the producers of the new Melrose Place revival declined to offer Rinna the opportunity to reprise her role on the new version of the show, but unfortunately it was canceled after only a season and she never got to appear. In 2011, she made a guest appearance on the Nickelodeon series Big Time Rush, and later that year the producers of Days of Our Lives announced that she would once again come back to the soap opera in the role of Billie Reed. She's had a total of four stints on the show so far: her first from 1992 to 1999, her second from 2002 to 2008, and two return engagements in 2012-13 and 2018. And as a longtime fan favorite, it's a safe bet she'll be back on the show at some point in the future. She's also made appearances on CSI, Awkward, and This Close. 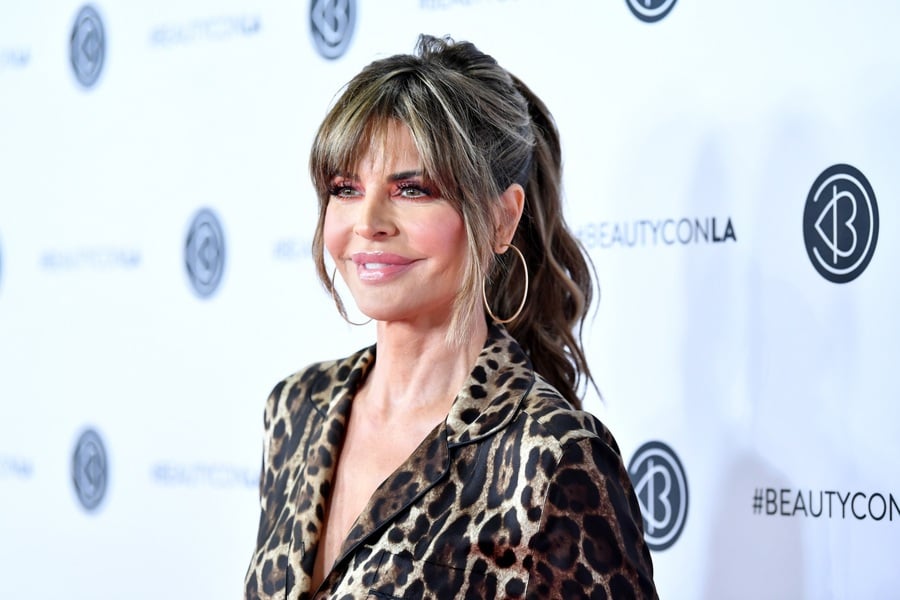 Other Endeavors: Never content to work solely as an actor, Rinna has always divided her time between acting and various TV hosting and reality TV gigs. She has competed in popular reality shows such as Dancing with the Stars and Celebrity Apprentice, and also posed nude while six months pregnant for the September 1998 issue of Playboy. More than ten years later, she appeared on the cover of Playboy in May 2009. From 2002 to 2006, Rinna stayed in touch with her soap opera roots as the host of Soap Talk, a talk show about soap operas that ran on Soapnet. She was a guest judge on an episode of the second season of RuPaul's Drag Race, and in 2014 she was a celebrity contestant on the ABC series Sing Your Face Off.

Rinna also owned her own clothing boutique in Sherman Oaks, California called Belle Gray, which reportedly closed in 2012. She also continues to dabble with reality television, including appearances with her husband Harry Hamlin on a show called Harry Loves Lisa which ran for six episodes, and as one of the cast members on the hit Bravo reality series, The Real Housewives of Beverly Hills. A critic for the Los Angeles Times summed up her role on the latter show in glowing terms: "[S]he's endeared herself to viewers with her self-deprecating attitude—poking fun at herself, including her enhanced lips and the haircut she's sported for decades. And she's had a hand in some of the show's most memorable moments."

In addition to her appearances in Playboy, Rinna has also graced the covers of CVLUX, Living Well, Soap Opera Magazine and Soap Opera Digest, while also continuing to model for various brands – even including even Depend at a 2012 Dress for Success benefit function. Later, it was reported that she made a cool $2 million to be the brand's celebrity spokesperson. And in 2019 she returned to the runway once again for Kyle Richards and Shahida Clayton's clothing line at a New York Fashion Week event.

Personal Life: As previously mentioned, Rinna has been married to fellow actor Harry Hamlin since 1997. The couple have two daughters: Delilah Belle, born in 1998, and Amelia Gray, born in 2001, as well as a stepson from a previous relationship of Hamlin's. She's also been very open about her history of plastic surgery at various points in her career, as well as using Botox and Juvéderm injections. The former, she has said, she still uses, but has also said that she regrets using the latter.

Real Estate: Thanks to Rinna's reality show stardom (particularly on The Real Housewives in Beverly Hills), her home in Beverly Hills has been the subject of plenty of media attention as of late. The five bedroom mansion spreads across more than 4,000 feet of living space with touches like a massive Jacuzzi and lots of natural light, formerly owned by other famous figures like Bonnie Raitt and producer/composer Quincy Jones. It's reported to be worth some $4 million. 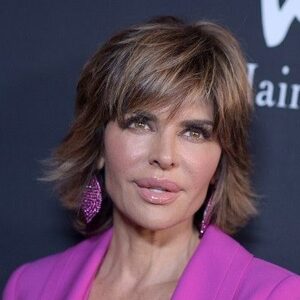