Lisa Nicole Carson net worth: Lisa Nicole Carson is an American actress who has a net worth of $400 thousand. She is best known for her work as a supporting actress on the NBC drama, ER and the Fox hit, Ally McBeal. She also appeared in the final episode of Harry's Law, an NBC Drama that ended in 2012.

She was born in Brooklyn and spent her teen years in Gainesville, Florida. After graduating in 1987, she returned to New York and started her acting career. Her first notable credit came in 1991, when she appeared in a 1992 episode of Law & Order, and Carson also had a minor role on The Cosby Show. She was a regular on The Apollo Comedy Hour, and also appeared in the films Let's Get Bizzee, Jason's Lyric, Devil in a Blue Dress, Love Jones, Eve's Bayou, and Life. After appearing in Ally McBeal from 1997-2002 as a prosecutor, her acting career came to a halt. There were reports of her having erratic behavior on and off the set, and she is rumored to have been admitted to a mental health facility. She recently appeared in an episode of Harry's Law that revived her character on Ally McBeal where she had moved from working as a prosecutor to working as a judge. 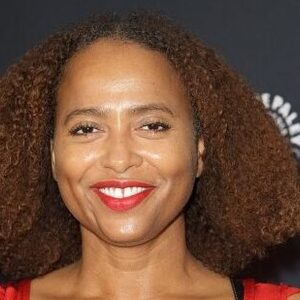