What is Lisa Ling's Net Worth?

Lisa Ling is an American journalist and writer who has a net worth of $12 million. Today, she is best known as the host of "This Is Life with Lisa Ling" on CNN, although she also worked as a reporter with Channel One News and co-hosted several programs with ABC. Her most notable role with ABC was as co-host of "National Geographic Explorer." She has also worked as a special correspondent with "The Oprah Winfrey Show" and later hosted "Our America with Lisa Ling" on the Oprah Winfrey Network.

In 2019, Lisa and her sister promoted a new book called "Somewhere Inside: One Sister's Captivity in North Korea and the Other's Fight to Bring Her Home." This book detailed the latter sister's imprisonment in North Korea after she crossed into the nation from China to report on an alleged sex trade that involved defecting North Korean women. Lisa Ling was awarded an honorary doctorate from National University in 2009. Many of Lisa's documentaries focus on women's issues, and she describes herself as a "die-hard feminist."

Lisa J. Ling was born on August 30th of 1973 in Sacramento, California. Raised by Chinese and Taiwanese immigrants who eventually divorced when she was seven years old, Lisa and her sister grew up primarily in Carmichael, California. During her youth, Ling looked up to Connie Chung, a well-known Asian-American journalist. After graduating from high school in Fair Oaks by 1991, Ling attended the University of Southern California. However, she never completed her degree and dropped out to pursue a career in journalism instead.

Lisa began her journalism career at a very young age. As a teen, she hosted a show called "Scratch," which focused on teen issues and entertainment. She then became one of Channel News One's youngest-ever reporters and anchors at the age of 18. During this period, she was sent to Iraq and Afghanistan on assignments and won several awards for her contributions to the world of journalism, which included several documentaries.

By 1999, she had replaced Debbie Matenopolous on "The View." 12,000 other individuals applied for the job. She then left the program to focus more on international reporting. This led her to a job with the National Geographic Channel as the new host of "National Geographic Ultimate Explorer," later renamed "National Geographic Explorer." During her time with the channel, Lisa covered a wide range of topics, including Colombia's drug war, North Korea's inner workings, and much more.

During this period, she also developed a strong connection with "The Oprah Winfrey Show," serving as an investigative reporter. This led her to stories like bride burning, gang rapes, child soldiers, puppy mills, and child trafficking across the world. In addition, she covered stories like Hurricane Katrina and the Virginia Tech Massacre in the United States.

In 2008, Lisa switched to CNN and began contributing to their documentary "Planet in Peril." During this time, she covered shark fishing, elephant poaching, and the oil industry in Nigeria. In 2011, she established her own show called "Our America with Lisa Ling" on the Oprah Winfrey Network, which ran for five seasons. 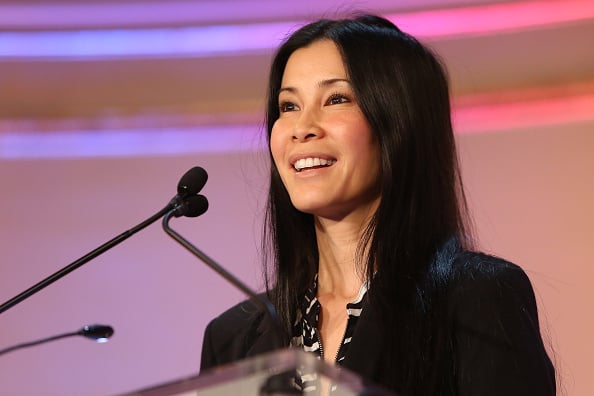 It was at this point that Lisa's younger sister Laura (also a journalist) ventured into North Korea illegally and were captured by North Korean authorities. Laura and a colleague were shooting a documentary on refugees in China, and they were filming on the North Korean border at the time of their detainment. They later claimed that they did not intend to venture into North Korean territory and did so by accident.

Laura was apparently treated in a humane manner, although she was initially sentenced to 12 years in a labor camp by North Korean authorities. This sentence was dialed back, however, allegedly because the North Korean authorities learned that Laura had a medical condition. Lisa was instrumental in organizing Laura's release, and then-President Bill Clinton eventually visited North Korea and facilitated Laura's acquittal in 2009.

After this incredible experience, both Laura and Lisa collaborated on a new book entitled "Somewhere Inside: One Sister's Captivity in North Korea and the Other's Fight to Bring Her Home." The book was eventually published in 2010.

In 2014, she began working with CNN once again, this time hosting a new documentary series called "This is Life with Lisa Ling."

In 2019, Ling signed a deal with HBO Max for a number of projects, the first of which was a documentary called "Birth, Wedding, Funeral." In 2021, HBO Max greenlit another documentary series by Ling entitled "Take Out." This series was reportedly going to focus on Asian takeout restaurants across the United States.

During her time on "The View," Ling made controversial comments about the 9/11 terrorist attacks. She stated that "[…] before we seek revenge, we should ask the question – why should anyone want to make such an attack on the US?"

One of Lisa's first notable relationships was with former Miami Beach mayor Philip Levine, whom she met in 2004 through mutual friends. Levine was not mayor at the time. They became engaged in 2005, but Lisa eventually called the wedding off in 2005, citing busy schedules. Two years later, she became engaged to oncologist Paul Song, and they eventually did get married in 2007. She subsequently announced that she was pregnant with her first child in 2012 and gave birth in 2013. In 2016, the couple welcomed another child into the world. 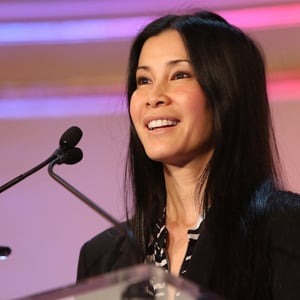