Lisa Hartman Black net worth: Lisa Hartman Black is an American actress and singer who has a net worth of $5 million. Lisa Hartman Black was born in Houston, Texas in June 1956. As an actress she starred as Tabitha Stephens in the television series Tabitha from 1977 to 1978. One of her best known roles came starring as Cathy Geary on the TV series Knots Landing from 1982 to 1986. Hartman Black also had recurring roles in the TV series The Love Boat, Fantasy Island, Matlock, and 2000 Malibu Road. She starred in the movies Not of This World, Bare Essentials, Where the Boys Are '84, and Deadly Blessing. Hartman Black won a Soap Opera Digest Award for Outstanding Actress in a Supporting Role on a Prime Time Soap Opera in 1984 for Knots Landing. As a singer she released her self-titled debut studio album in 1976. She also released the albums Hold On, Letterock, and 'Till My Heart Stops. Her single "When I Said I Do" (with her husband Clint Black) reached #1 on the US and Canadian Country charts and won an Academy of Country Music Award in 1999 for Vocal Event of the Year. 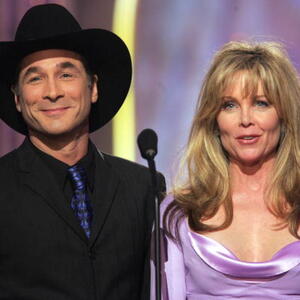