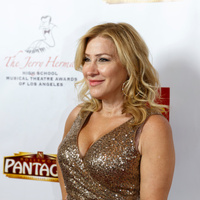 Lisa Ann Walter net worth: Lisa Ann Walter is an American actress, comedienne, writer, and producer who has a net worth of $400 thousand. Lisa Ann Walter was born in Silver Spring, Maryland, and loved performing as a child. She went on to study drama at the Catholic University of America. She met her husband while performing in a regional theater production of "A Streetcar Named Desire", and the pair moved to New York City to pursue their dream of performing careers. She first made a name for herself appearing in Off-Broadway productions and performing stand-up all over the city. This led to work on multiple sitcoms throughout the 90s, including "My Wildest Dreams", "Eddie", and "Life's Work" (which she also wrote). She then branched out into film work, appearing in such projects as "The Parent Trap", "Bruce Almighty", "Shall We Dance", "War of the Worlds", "Room 6", and "Killers".