Lionel Blair net worth: Lionel Blair is a British actor, dancer, choreographer, and television host who has a net worth of $20 million dollars. Lionel Blair, also known as Henry Lionel Ogus, was born in Montreal, Quebec, Canada on December 12, 1931 and grew up in Britain. He began his performance career performing with his sister in air raid shelters during World War II.

He began his formal theater training in 1944 at the Royal Shakespeare Theater, and then decided to leave his acting career for a time in order to earn a degree in Ethnography from the University of East London. He began to focus on dancing after completing his university studies, and made a name for himself appearing on variety shows with his dance company throughout the 60s. He also appeared in movies including "A Hard Day's Night" with The Beatles. He has enjoyed an extensive and successful stage career to this day. He served as the host for "Name That Tune", and has appeared on such reality shows as "Celebrity Big Brother" and "The Young Ones". His career has spanned over seven decades and is stronger than ever today. In 2008, Lionel Blair survived prostate cancer and is now a fierce advocate for men getting tested regularly. 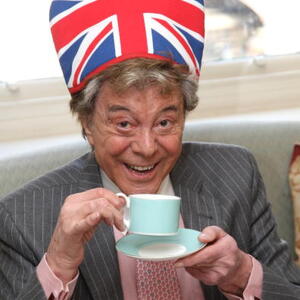