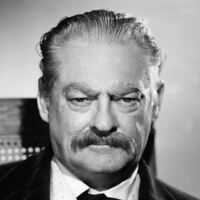 Lionel Barrymore net worth: Lionel Barrymore was an American actor and director who had a net worth of $3 million at the time of his death. That's the same as around $30 million today after adjusting for inflation. He is best known for several roles including starring as Ebenezer Scrooge in A Christmas Carol and Mr. Potter in It's a Wonderful Life.

Lionel Barrymore was born in Philadelphia, Pennsylvania in April 1878 and passed away in November 1954. Barrymore starred as Dr. Leonard Gillespie in nine Dr. Kildare films for MGM and six more focused solely on his role as well as the radio series The Story of Dr. Kildare. Lionel Barrymore won an Academy Award for Best Actor for starring as Stephen Ashe in A Free Soul in 1931. He had more than 200 acting credits to his name. Barrymore was also nominated for Best Director for the 1929 film Madame X. He received two stars on the Hollywood Walk of Fame in 1960 for Motion Picture and Radio. He was married to Doris Rankin from 1904 to 1922 and Irene Fenwick from 1923 to 1936. Lionel Barrymore passed away on November 1954 at 76 years old.