Lindsey Morgan net worth: Lindsey Morgan is an American actress who has a net worth of $3 million. She is best known for starring as Raven Eyes on the TV series The 100.

Lindsey Morgan was born in Houston, Texas in February 1990. She made her acting debut in 2011 and starred as Kristina Davis on the soap opera General Hospital from 2012 to 2013. Morgan had a recurring role as Lauren on the television series Destroy the Alpha Gammas in 2013. In 2014 she began starring as Raven Reyes on the CW series The 100. Morgan has appeared in films including Detention, Chastity Bites, Beyond Skyline, and Inside Game. She has also appeared in episodes of TV series including How I Met Your Mother, Franklin & Bash, and The Night Shift. In 2020 she directed an episode of the TV series The 100. Lindsey Morgan was nominated for a Daytime Emmy Award for Outstanding Younger Actress in a Drama Series in 2013 for General Hospital. 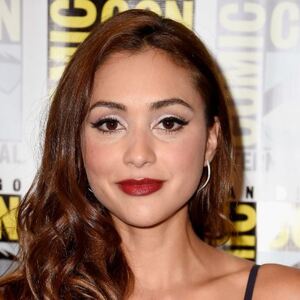