What is Lindsay Czarniak's Net Worth and Salary?

Lindsay Czarniak is an American reporter and sports anchor who has a net worth of $9 million. Lindsay Czarniak works for Fox Sports, where she covers NASCAR and the NFL. Before this, she worked for the local Washington, DC station WRC-TV and was a "SportsCenter" anchor on ESPN. Among her other positions, Czarniak was a co-host and reporter on "The George Michael Sports Machine."

Lindsay Czarniak was born on November 7, 1977 in Harrisburg, Pennsylvania to Terri and Chet. She has a brother named Andrew. When she was five, Czarniak moved with her family to Northern Virginia. There, her mother was a principal at Rose Hill Elementary School, while her father worked at the sports department at a Washington, DC-based newspaper; he eventually became the managing editor of usatoday.com. As a teen, Czarniak went to Centreville High School in Fairfax County, where she played field hockey and lacrosse. She went on to attend James Madison University as an online journalism major. There, Czarniak was a member of the Sigma Kappa sorority.

While still in college, Czarniak interned for the CBS-affiliated Washington, DC station WUSA. She later began her broadcasting career as a production assistant at CNN. Czarniak had her first on-air position as a news reporter in Jacksonville, Florida, working for the Fox-affiliated WAWS. Additionally, she worked for Jacksonville's WTEV-TV, Miami's WTVJ, and the sports cable and satellite network Speed.

In the summer of 2005, Czarniak returned to the Washington, DC area to join WRC-TV on an invitation from George Michael, who wanted her to work as a sports anchor and reporter. She subsequently became the cohost of "The George Michael Sports Machine," which she had first contributed to as a guest host in 2004. Czarniak's first substantial assignment for the program was to travel to Turin, Italy to cover the Winter Olympics. Additionally, she did work as a pit reporter at NASCAR Nationwide Series races.

When George Michael stepped down as the sports anchor at WRC-TV, Czarniak and her colleague Dan Hellie became the new co-sports anchors. Once again, she served as a pit reporter, this time for TNT's six-race Sprint Cup Series. Among her other notable assignments, Czarniak was the first sports reporter to interview Washington Redskins team players after the murder of free safety Sean Taylor in late 2007. The following year, she served as a host and sports desk reporter for NBC Sports coverage of the Summer Olympics in Beijing. Czarniak also hosted a half-hour show on Oxygen called "Gymnastics on Oxygen," which covered the titular sport and other Olympic events with female interest. 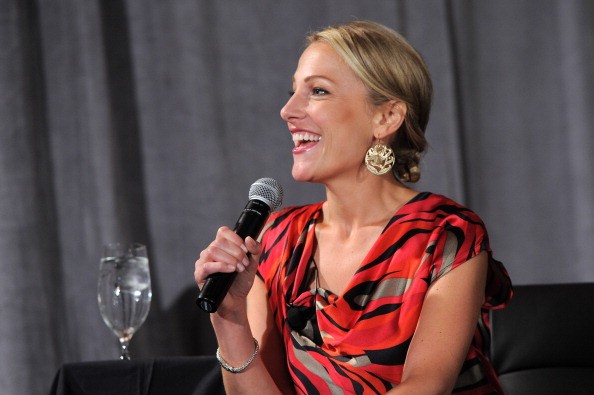 In July of 2011, Czarniak left WRC-TV to work for ESPN. She made her debut on the network's "SportsCenter" in August, covering the evening's preseason football games. In December, Czarniak took over for Jay Harris as cohost of the 6 PM "SportsCenter." Two years later, she replaced Brent Musburger as the host of ABC's coverage of the Indianapolis 500, in the process becoming the first woman ever to host the telecast of that event. Czarniak's contract with ESPN expired in August of 2017.

Czarniak has had several other television positions beyond WRC-TV and ESPN. In early 2018, she joined the professional stock car racing team of Joe Gibbs Racing to produce digital content during the Daytona 500, and to create features on each of the team's four Monster Energy Cup Series racers. Later, in the summer of 2019, Czarniak was one of four presenters on the Netflix reality competition show "Hyperdrive," which involved international drifting drivers from around the world competing against each other on a massive automotive course.

In early 2019, Czarniak signed with Fox Sports as a studio host for NASCAR coverage. She also became a sideline reporter for Fox's NFL coverage.

Beyond television, Czarniak has had a brief film career. In 2000, she played a character named Mist in the independent action film "Aquarius." Later, in 2009, she made a cameo appearance in another indie, the psychological horror film "Ghosts Don't Exist." A number of other local Washington, DC celebrities appear in the film as well, including radio personality Mike O'Meara and Washington Redskins tight end Chris Cooley.

In 2011, Czarniak wed WRC-TV reporter and weekend anchor Craig Melvin, who went on to become the host of "Today." Together, the couple has a son named Delano and a daughter named Sybil. 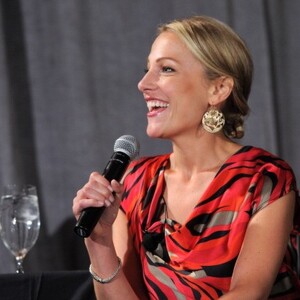