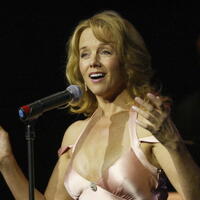 What is Linda Purl's net worth? Linda Purl is an American actress and singer who has a net worth of $5 million. Linda Purl was born in Greenwich, Connecticut on September 2, 1955. She was raised in a family of actors, though her father was a businessman. When she was five, the family moved to Japan when the father took a job at Nippon Unicar. Linda grew up in Japan, and began her theater training at the prestigious Toho Geino Academy. She was the only foreigner to train there. She then performed with the Imperial Theater of Tokyo and appeared in various films.

Linda returned to the US when she was in her mid-teens, and appeared on "Guiding Light", while completing high school. She then moved to England to continue her theater study, before returning to the US to attend the Lee Strasberg Theatre Institute. Over the years, she has appeared in such projects as "Hawaii Five-O", "Crazy Mama", "Young Pioneers", "Serpico", "The Waltons", "The Love Boat", "Viper", "Under Cover", "Murder, She Wrote", "Robin's Hoods", "Walker, Texas Ranger", "First Monday", "True Blood", and "Major Crimes". She is most widely recognized for her co-starring and recurring roles on such shows as "Happy Days", "Matlock", "The Office", and "Reckless".

Linda has been married four times. From 1979 to 1980 she was married to Desi Arnaz, Jr., the son of Desi Arnaz and Lucille Ball. In 2020 she began dating actor Patrick Duffy. In 2022 Linda and Patrick launched a bread business called "Duffy's Dough" which sells sourdough starter kits that include dehydrated sourdough, sugar, flour, measuring cups and a rolling pin. The kit costs around $80.