Linda McCartney Net Worth: Linda McCartney was a photographer, musician and animal rights activist who had a net worth of $10 million at the time of her death in 1995. Linda (Eastman) McCartney was born January 1, 1941 in New York City, New York. She was the daughter of Leopold Vail Epstein, who later changed his name to Lee Eastman. Contrary to popular belief, Leopold was not an heir to the Eastman Kodak empire. When asked about the alleged connection to the camera company, Linda once explained: "I don't know how that mistake came about, except through the name and the fact that I am a photographer."

Linda McCartney is best known for being the wife of Paul McCartney, a founding member of the wildly popular '60s band The Beatles. After the breakup of the Beatles in 1970, Paul taught Linda to play keyboards and recorded an album with her, Ram, as a duo. He subsequently included her in the lineup of his subsequent group, Wings. The group won several Grammy Awards, becoming one of the most successful British bands of the '70s, though they endured criticism over Linda's limited singing ability. Linda McCartney had previously been married to Joseph Melville See and had a daughter named Heather Louise. Paul McCartney adopted Heather Louise the same year he married Linda. During her lifetime, Linda wrote several vegetarian cookbooks, became a business entrepreneur (starting the Linda McCartney Foods company with Paul) and was a professional photographer, publishing Linda McCartney's Sixties: Portrait of an Era. Tragically Linda was diagnosed with breast cancer in 1995. She died at the age of 56 on April 17, 1998 in Tucson, Arizona, where the McCartneys had a ranch. 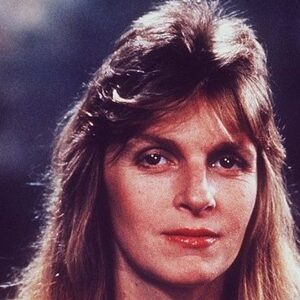