Linda Lavin Net Worth: Linda Lavin is an American singer and actress who has a net worth of $10 million. Linda Lavin was born in Portland, Maine in October 1937. She is best known for playing the title character in the TV series Alice and for her roles in stage performances.

She started acting as a child and joined the Compass Players. She started acting on Broadway during the 1960s and was nominated for a Tony Award for Last of the Red Hot Lovers in 1970. Lavin moved to Hollywood, California in 1973. Her television debut came in the series The Doctors and the Nurses in 1963. In 1967 she starred in the TV movie Damn Yankees!. From 1975 to 1976 Lavin starred as Detective Janice Wentworth in the TV series Barney Miller. Her best known role came starring as Alice in the TV series Alice from 1976 to 1985. From 1992 to 1993 she starred as Edie Kurland in the television series Room for Two. In 1998 she starred in the TV series Conrad Bloom as Florie Bloom. Since 2013 Linda has starred as Lorna in the TV series Sean Saves the World. She has also starred in the movies The Muppets Take Manhattan, The Ring, and The Back-Up Plan. Lavin won a Tony Award for Best Performance by a Leading Actress in a Play in 1987 for Broadway Bound. She has also won two Drama Desk Awards, an Obie Award, and two Golden Globe Awards. She was inducted into the American Theatre Hall of Fame in 2011. 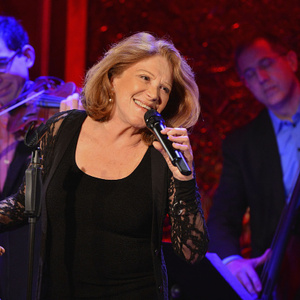