Linda Kozlowski net worth: Linda Kozlowski is an American actress who has a net worth of $10 million. Linda Kozlowski was born in Fairfield, Connecticut in 1958 and attended Andrew Warde High School. She later attended Julliard, where she graduated from the drama division in 1981. She has been married twice. She met her second husband, Paul Hogan, on the set of Crocodile Dundee. She and Hogan tied the knot in 1990 and have a son named Chance. Linda Kozlowski has earned her net worth through the many films she has appeared in, as well as her off Broadway performance in "How it all Began" and "Death of a Salesman." But she is probably best known for her role in "Crocodile Dundee". She also starred with him in the following Dundee films "Crocodile Dundee II" and "Crocodile Dundee in Los Angeles." Other films Kozlowski has appeared in are "Death of a Salesman," "Pass the Ammo," "Almost an Angel," "Backstreet Justice" "The Neighbour," and "Village of the Damned." She also had the role of Sally Crain in the television mini-series "Favorite Son" with Harry Hamlin, in the television movie "Shaughnessy" with Matthew Settle, and in 1982 she played the role of Julie Dean in the television series "Nurse." Kozlowski has retired from acting, stating that she hasn't been happy with the scripts she was offered.

Real Estate: In July 2012, Paul and Linda paid $3.8 million for a home in Malibu, California. They sold the home a year later to fellow Australian superstar, Chris Hemsworth. 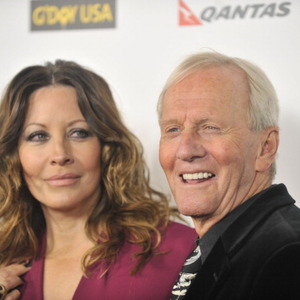