Linda Henry net worth: Linda Henry is a British actress who has a net worth of $3 million. Linda Henry was born in Peckham, London, England in January 1963. She studied at the Webber Douglas Academy of Dramatic Art and started her own production company. From 1999 to 2003 Henry starred as Yvonne Atkins in the television series Bad Girls.

She is best known for starring as Shirley Carter in the TV series EastEnders since 1991. Henry also starred as Shirley in the series EastEnders: E20 in 2010. She has starred in the movies For Queen & Country, Beautiful Thing, and The Business. Henry has also appeared in episodes of the TV series The Young Ones, Rockliffe's Babies, Screen Two, Forever Green, The Nineteenth Hole, Eurocops, The Play on One, Birds of a Feather, Cracker, Moving Story, Casualty, An Independent Man, The Bill, A Touch of Frost, Touching Evil, Born to Run, and Trial & Retribution. Henry has been nominated for two British Soap Awards for EastEnders. 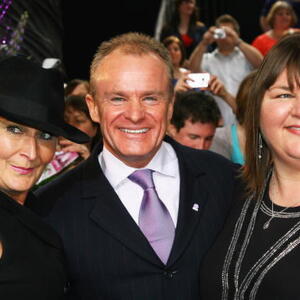