Linda Hamilton net worth: Linda Hamilton is an American actress who has a net worth of $70 million. Linda Hamilton is best known for her role as Sarah Connor in the "Terminator" series of films. She also earned acclaim for her performance as Catherine Chandler on the CBS television series "Beauty and the Beast" in the late 80s. Among Hamilton's other credits are the horror film "Children of the Corn," the disaster thriller "Dante's Peak," and the NBC spy comedy series "Chuck," on which she had a recurring role.

Early Life and Career Beginnings: Linda Hamilton was born in 1956 in Salisbury, Maryland. Her father, Carroll, was a physician, and passed away when Hamilton was five; her widowed mother subsequently married a police chief. Hamilton had an identical twin sister, Leslie, who passed away in 2020, and she also has an older sister and a younger brother. She attended Wicomico Junior High and then Wicomico High School. Afterward, Hamilton spent two years at Washington College in Chestertown, Maryland, and then moved to New York City to study acting. In New York, she attended acting workshops taught by legendary actor and teacher Lee Strasberg.

Hamilton's acting career began in 1980, when she appeared in an episode of the NBC series "Shirley," and starred in the television films "Reunion" and "Rape and Marriage: The Rideout Case." Also that year, she landed a major role as Lisa Rogers on the primetime soap opera "Secrets of Midland Heights." Her debut on the big screen, meanwhile, was in the 1982 thriller "TAG: The Assassination Game," costarring Robert Carradine.

"The Terminator" and Film Career: After "TAG," Hamilton played the leading role in the 1984 horror film "Children of the Corn," adapted from the short story by Stephen King. She also appeared in "The Stone Boy" alongside Robert Duvall, Glenn Close, and Wilford Brimley. However, it was another 1984 film that shot Hamilton to superstardom: James Cameron's science-fiction thriller "The Terminator." Starring as Sarah Connor, a woman being hunted down by a cyborg assassin sent from the future, Hamilton became one of the most famous female leads of an action movie. "The Terminator" was a surprise success with both critics and audiences, earning over $78 million on a budget of around $6 million. Hamilton later reprised her role as Sarah Connor in 1991's "Terminator 2: Judgment Day," which became the highest-grossing movie of the year with more than $500 million at the box office. In 2009, Hamilton lent her voice to the sequel "Terminator Salvation," and in 2019, reprised her role in a starring capacity in "Terminator: Dark Fate." 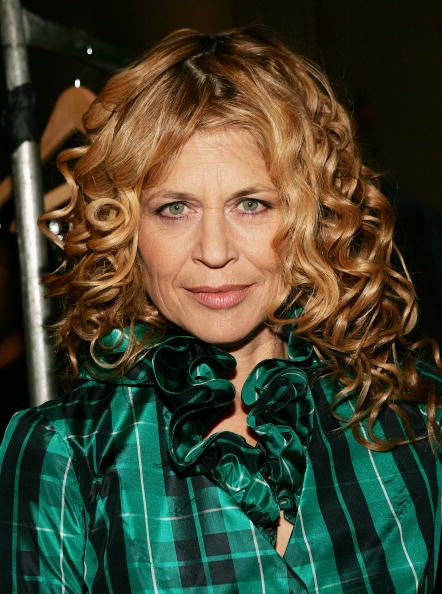 In 1986, Hamilton starred in two movies: the action thriller "Black Moon Rising," opposite Tommy Lee Jones, and the monster adventure sequel "King Kong Lives." She wasn't in another movie until 1990, when she costarred in the fantasy comedy "Mr. Destiny" alongside James Belushi, Michael Caine, and Jon Lovitz. Hamilton later appeared in the psychological thrillers "Silent Fall" and "Separate Lives." In 1997, she starred in two films that were released only a week apart: "Shadow Conspiracy" with Charlie Sheen, and "Dante's Peak" with Pierce Brosnan. While the former was a flop, the latter became one of the biggest commercial hits of the year. Hamilton's subsequent film credits have included "The Secret Life of Girls," "Missing in America," "The Kid & I," "Hard Times," "Curvature," and "Easy Does It."

Television Career: In the early-to-mid-80s on television, Hamilton appeared on the nighttime soap opera "King's Crossing," the television movie "Country Gold," and in four episodes of the police procedural series "Hill Street Blues." She was also in the television movies "Secret Weapons" and "Club Med." In 1987, she landed her biggest television role as Catherine Chandler on the CBS fantasy drama series "Beauty and the Beast," starring opposite Ron Perlman. The show was critically acclaimed, and for her performance, Hamilton earned both Emmy and Golden Globe Award nominations. She left the show in 1989. After hosting "Saturday Night Live" in 1991, her big return to television came in 1995 with the TV movie "A Mother's Prayer"; playing a widowed mother who is diagnosed with AIDS, Hamilton received another Golden Globe nomination. Following this, she appeared in an episode of "Frasier," and starred in a number of other television movies such as "On the Line" and "Point Last Seen."

In the early 2000s, Hamilton was in television movies including "Sex & Mrs. X," "A Girl Thing," and "Silent Night." She subsequently guest-starred in episodes of "According to Jim" and "Thief," and had a recurring role on the Canadian series "The Line." Later credits have included "Weeds," "Chuck," "Lost Girl," the miniseries "Air Force One is Down," the television movie "Bermuda Tentacles," the science-fiction Western series "Defiance," and "Resident Alien."

Personal Life: Hamilton wed actor Bruce Abbott in 1982; after Abbott left her while she was pregnant with their son, Dalton, they divorced in 1989. Subsequently, Hamilton moved in with her "Terminator" director James Cameron, with whom she had a daughter, Josephine, in 1993. The couple married in 1997, and divorced with a $50 million settlement in 1999.

In the past, Hamilton has been vocal about her struggles with bipolar disorder and depression, which she views as contributing factors to the failure of her two marriages. Another setback came during the filming of "Terminator 2," when Hamilton suffered hearing damage in one ear when costar Arnold Schwarzenegger fired a shotgun in an elevator, after she had already removed her earplugs.

She previously owned several homes in Los Angeles. In 2012 she sold a Malibu mansion for $4 million. She had been seeking $5.5 million when the home was first listed.

She owns an oceanfront home near Sarasota, Florida which was purchased in 2003 for $850,000 and a town home in New Orleans. 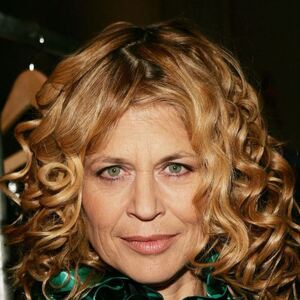