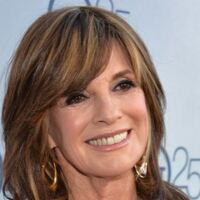 What is Linda Gray's net worth and salary?

Linda Gray is an American actress who has a net worth of $12 million. Linda is probably best-known for appearing as Sue Ellen Ewing in several iterations of television show "Dallas". The role earned Linda several Golden Globe and Emmy nominations. She appeared in 308 episodes of the series' original run and 40 episodes of the reboot from 2012 to 2014. Between 1994 and 1995 she appeared in 29 episodes of "Models Inc.".

She has appeared in a plethora of television films, including two "Dallas" reunion films. Meanwhile, Gray's credits on the big screen have included "Oscar" and "Expecting Mary," while her stage credits have included productions of "The Graduate," "Terms of Endearment," and "Cinderella."

Linda Gray was born on September 12, 1940 in Santa Monica, California, and was raised in Culver City. Her father, Leslie, was a watchmaker. She had a younger sister named Betty who passed away from breast cancer in 1989.

Gray began her career as a model in the 60s, and also appeared in hundreds of television commercials. Additionally, she had an uncredited role in the 1963 bedroom comedy film "Palm Springs Weekend," and was the leg stand-in for the famous scene in the 1967 film "The Graduate" in which Benjamin admires Mrs. Robinson's gams.

In 1974, Gray made her professional acting debut on television in an episode of the ABC medical drama "Marcus Welby, M.D." She followed this with appearances in episodes of the NBC police drama series "McCloud" and the CBS detective series "Switch." Gray had her first main role on a series in 1977, when she starred on Norman Lear's sitcom "All That Glitters," a parody of soap operas. Gray played fashion model Linda Murkland, significantly the first transgender character in a regular role on American television. Following this, Gray was in episodes of "Big Hawaii" and "Emergency!" She was finally launched to fame in 1978, when she began playing Sue Ellen Ewing on the CBS primetime soap opera "Dallas." Gray remained in the role for 308 episodes through 1989, and earned both Emmy and Golden Globe Award nominations. She subsequently appeared in episodes of "Lovejoy," "Melrose Place," and "Mighty Max."

Gray had her next main role on a television series from 1994 to 1995, playing the owner of a Los Angeles modeling agency on the primetime soap opera "Models Inc.," a spinoff of "Melrose Place." The show was ultimately canceled after a single season. Following this, Gray was in an episode of "Touched by an Angel," and was a special guest star in five episodes of "The Bold and the Beautiful." From 2012 to 2014, she reprised her role as Sue Ellen Ewing on the revival of "Dallas." Gray later appeared in recurring roles on the British soap opera "Hollyoaks" and the streaming series "Hand of God." Among her other credits, she has been in numerous television films throughout her career, including "Murder in Peyton Place"; "Haywire"; "The Wild and the Free"; "Highway Heartbreaker"; "Accidental Meeting"; and the "Dallas" reunion films "Dallas: J.R. Returns" and "Dallas: War of the Ewings." 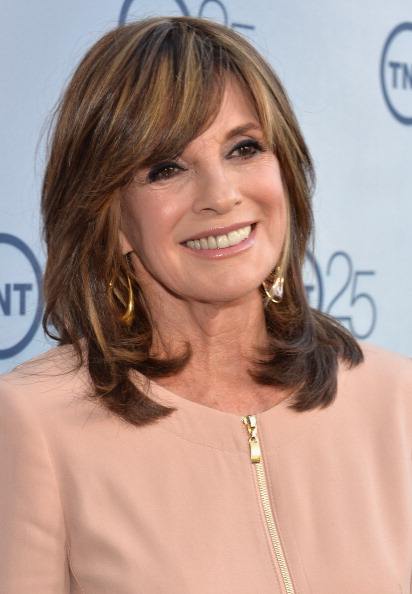 On film, Gray made her debut in the 1976 horror film "Dogs." She didn't return to the big screen until 1991, when she played a former girlfriend of Sylvester Stallone's character in the comedy "Oscar." A remake of the eponymous French film from 1967, "Oscar" also features Don Ameche, Tim Curry, Marisa Tomei, Eddie Bracken, and Chazz Palminteri, among others. Mostly working on television during the following years, Gray returned to big-screen acting in 2010 with the dramedy "Expecting Mary," costarring Elliott Gould, Cloris Leachman, Cybill Shepherd, Fred Willard, and Gene Simmons. In the film, Gray plays Darnella, a showgirl and resident of a trailer park who is in a relationship with Gould's character. Gray next appeared in the 2012 Mexican drama "Hidden Moon," with Ana Serradilla, Johnathon Schaech, Wes Bentley, and Osvaldo de Léon. In 2019, she was in the direct-to-video comedy "Grand-Daddy Day Care."

Among her notable stage credits, Gray played Mrs. Robinson in the West End production of "The Graduate" in 2001; this was poetic, as she had provided her legs to stand in for those of Anne Bancroft's Mrs. Robinson in the film version 44 years prior. Gray later reprised the role for a short period of time in the Broadway production, filling in for Kathleen Turner for a month in 2002. Five years after that, Gray starred as Aurora Greenaway in the world premiere of "Terms of Endearment" at the York Theatre Royal; she remained with the production on tour throughout the United Kingdom. Later, in 2014, she played the Fairy Godmother in a production of "Cinderella" in London. Gray's other stage credits have included "Agnes of God," "The Vagina Monologues," and "Love Letters." She also made her directing debut with the play "Murder in the First."

Linda was married to artist Ed Thrasher from 1962 to 1983. They had two children together. Ed was an art director at Warner Bros who designed countless classic albums for bands such as The Grateful Dead, The Doobie Brother and Jimi Hendrix. Ed's sister Marilyn Thrasher is the mother of "Bionic Woman" actress Lindsay Wagner. So, Linda is technically Lindsay's aunt.

In 1971 Linda and Ed paid $3 million for an impressive, nearly 3-acre, property in Santa Clarita, California. Over the next several years they performed significant renovations, tapping architect A. Quincey Jones. Linda listed the home for sale in 2018 for just under $3 million. She did not find a buyer and ultimately removed the listing. In March 2022 she listed the home again for a little under $3 million:

In 1981 Linda paid $590,000 for a ranch-style home in the Beverly Hills Post Office neighborhood (technically not in Beverly Hills but serviced their postal workers and fire/police). In 2011 she sold this home for $2.7 million.