What is Linda Fiorentino's Net Worth?

Linda Fiorentino is an American actress who has a net worth of $3 million. Linda Fiorentino is best known for her performances in such films as "Vision Quest," "Jade," "Men in Black," "Dogma," and "The Last Seduction." For the lattermost film, she won a number of awards, including the Independent Spirit Award and the New York Film Critics Circle Award for Best Actress. Fiorentino's other credits include the direct-to-video titles "Liberty Stands Still" and "Once More with Feeling."

Linda Fiorentino was born as Clorinda Fiorentino on March 9, 1958 in Philadelphia, Pennsylvania to an Italian-American family. She was raised in South Philadelphia before moving with her family to Washington Township in New Jersey. There, Fiorentino went to Washington Township High School, graduating in 1976. She subsequently returned to Pennsylvania to attend Rosemont College, from which she graduated in 1980 with a bachelor's degree in political science. Following this, Fiorentino trained at the Circle in the Square Theater School in New York City. During this time, she bartended at the nightclub Kamikaze.

Fiorentino made her professional acting debut in 1985, appearing in three feature films. First, she starred opposite Matthew Modine in the romantic coming-of-age drama "Vision Quest," based on the eponymous novel by Terry Davis about a high school wrestler who falls in love with an aspiring artist. Next, Fiorentino starred opposite Anthony Edwards in the action comedy "Gotcha!," playing international spy Sasha Banicek. Her final film of 1985 was Martin Scorsese's black comedy "After Hours," in which she played an eccentric sculptor named Kiki Bridges. 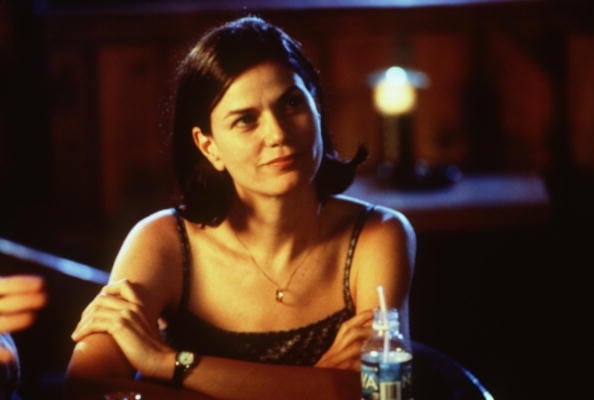 In 1996, Fiorentino reunited with director John Dahl to star in his science-fiction thriller "Unforgettable," in which she appeared opposite Ray Liotta. The same year, she was in the Bill Murray elephant comedy "Larger Than Life." Fiorentino was in two more comedies in 1997: "Kicked in the Head" and the blockbuster "Men in Black," costarring Will Smith and Tommy Lee Jones. She continued to star mostly in comedies over the ensuing years. In 1998, she appeared alongside David Caruso, John Leguizamo, Forest Whitaker, Donnie Wahlberg, and Ving Rhames in the crime comedy "Body Count." The following year, Fiorentino played an abortion clinic employee who must save the world in Kevin Smith's fantasy comedy "Dogma." In 2000, she starred opposite Kevin Spacey in the crime comedy "Ordinary Decent Criminal"; opposite Paul Newman and Dermot Mulroney in "Where the Money Is"; and alongside Greg Kinnear, Garry Shandling, Annette Bening, Ben Kingsley, and John Goodman in Mike Nichols' science-fiction comedy "What Planet Are You From?" Fiorentino's film career significantly slowed down after this, with only two credits over the remainder of the decade: the direct-to-video titles "Liberty Stands Still" and "Once More with Feeling."

Following her first television role in a 1985 episode of the anthology series "Alfred Hitchcock Presents," Fiorentino mostly appeared in television movies and miniseries. In 1989, she starred opposite Ray Sharkey in the crime drama miniseries "The Neon Empire." A few years later, she starred in the erotic drama miniseries "Strangers" on HBO. This was followed by the Showtime television film "Acting on Impulse," costarring C. Thomas Howell and Nancy Allen, and the HBO film "Beyond the Law," costarring Charlie Sheen and Michael Madsen. Next, in 1994, Fiorentino starred alongside Sam Elliott and Craig Sheffer in the TNT television film "The Desperate Trail."

Fiorentino was previously married to film director John Byrum. The couple divorced in 1993.

Later in her romantic life, Fiorentino dated private investigator and future convicted criminal Anthony Pellicano. In 2009, when Pellicano was being prosecuted, Fiorentino wanted to assist in his defense. This created a bizarre conflict, as Fiorentino was then dating the prosecutor in the case, FBI agent Mark Rossini. During the prosecution, Rossini pleaded guilty to illegally accessing FBI computers and passing information about Pellicano on to Fiorentino. Although Fiorentino claimed she was using the information to do research for an upcoming film, she was in fact handing it to Pellicano's lawyers in an attempt to help her ex-boyfriend avoid a prison sentence. The scheme was ultimately unsuccessful. 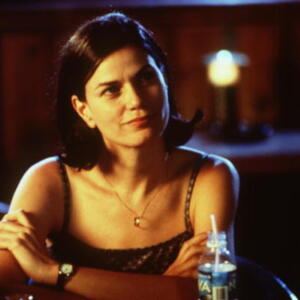