Linda Evans Net Worth: Linda Evans is an American actress who has a net worth of $20 million. She is perhaps best known for appearing in the prime soap opera "Dynasty."

Early Life: Linda Evans was born November 18, 1942 in Hartford, Connecticut, the second of three daughters to Arlene and Alba Evenstad, both of whom were professional dancers. When she was six months old, the family moved from Hartford to Hollywood where Evans attended Hollywood High School. She was introduced to drama through acting classes that she took to try and overcome her crippling shyness.
Acting Career: Evans's first guest-starring role came in 1960 when she appeared on an episode of "Bachelor Father," starring John Forsythe, with whom she would later co-star with on "Dynasty" some 20 years later. She also had several guest roles in "The Adventures of Ozzie and Harriet" between 1960 and 1952, and appeared in TV series such as "The Lieutenant" and "Wagon Train."

She first gained notoriety for her role as Audra Barkley in the western television series "The Big Valley". She played the role from 1965 until the series ended in 1969, although she was only a semi-regular cast member for the last two seasons of the show's run.  By 1967 she was married to actor and photographer John Derek, and on New Year's Eve of that year, John recruited Linda to operate one of his cameras after he had been hired by daredevil Evel Knievel to film his motorcycle jump of the fountains at Caesar's Palace in Las Vegas. Evans was the one to capture the iconic images of Evel Knievel's devastating crash as the jump failed–he was in a coma for 29 days as a result.

Throughout the 70s, she continued to appear largely guest roles on TV shows, mostly detective shows like "The Rockford Files, "Mannix," "Harry O," "Banacek, "McCloud," and "McMillian & Wife." In 1977, she began starring in the drama series "Hunter," but the show only lasted for 13 episodes.

Evans's huge break came with her role as Krystle Carrington in Aaron Spelling's 1980s ABC prime time soap opera "Dynasty", alongside actress Joan Collins and actor John Forsythe. The series was credited with the first television onscreen 'cat fights' between characters as she and Joan Collins' character, Alexis Carrington, battled it out—to the delight of "Dynasty"'s audience. The shoe was said to be the answer to CBS's hit series "Dallas." For the 1984-1985 season, "Dynasty" was the number one show on American TV. Evans won a Golden Globe for her role in 1991 and was subsequently nominated every year for the remainder of the show. She also won 5 People's Choice Awards and a Soap Opera Digest Award for Outstanding Lead Actress two years in a row, in 1984 and 1985. Evans left "Dynasty" in 1989, four months before the series came to an end.

After Evans left "Dynasty," she mostly retired from acting, occasionally making TV appearances and doing infomercials, choosing instead to devote her time to fitness and setting up a small chain of fitness centers. In the '90s, Evans hosted infomercials for Rejuvenique, a mask for toning facial muscles. She had previously written the "Linda Evans Beauty and Exercise Book" back in the eighties. In 1991, she briefly returned to the role of Krystle for the TV miniseries "Dynasty: The Reunion." After this, Evans appeared in three made for tv movies in the '90s before retiring from the screen completely in 1997. She reunited with her "Dynasty" castmates for a non-fiction reunion special called "Dynasty: Catfights and Caviar." Evans then starred in the stage play Legends opposite her former "Dynasty" rival Joan Collins. In 2009, Linda appeared in and won the British TV program "Hell's Kitchen" when she worked under Michelin-starred chef Marco Pierre White.

In a 2011 interview, Evans said she really never had aspirations to be famous—she was instead more focused on becoming a housewife and has always had a huge love for cooking. In 2011, she published her book (memoir) entitled "Recipes for Life."

Personal Life:  Evans was engaged to Patrick Curtis in her late teens, but the two split. Her first marriage was to John Derek in 1968. They separated on Christmas day in 1973, when Derek left her for a then 16-year-old girl (then named Mary Cathleen Collins). Their dramatic split was another boost to her national attention-getting, albeit humiliating. The young Mary Cathleen, who later became known as Bo Derek, was 30 years John's junior, was often compared to Evans as a 'young' Linda Evans, as the two females were very similar in looks and stature. John and Bo had met when he cast her in his 1973 film "Fantasies," which was shot over a ten day period in Greece. He came back to the States briefly to leave Linda, and then moved to Germany with Bo until her 18th birthday, so that John wouldn't be charged with statutory rape.

Evans subsequently married Stan Herman, a property executive and that marriage lasted from 1976 to 1981. Evans dated "The Big Valley" castmate Lee Majors for a brief period following her split from Herman.  In 1989, Evans began a relationship with new age musician Yanni, which lasted until 1998.

In May 2014, Evans was arrested for driving under the influence of a prescription painkiller.

Real Estate: In 1981 Linda paid $600,000 for a home in Beverly Hills, California. That's the same as around $1.7 million in today's dollars. In 2010 she listed this home for sale for $3.3 million after renting it for several years for as much as $15,000 per month. Dolly Parton rented the house for nearly a decade. She ultimately accepted $2.7 million about a year later.

At the peak of "Dynasty" Linda bought a lake house in rural Washington. When the show ended she moved full-time to house. She eventually sold the lake house and traded up to a 70-acre property near Olympia, Washington. 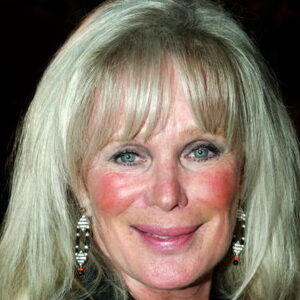