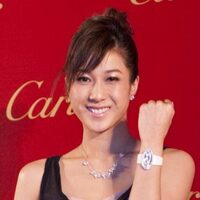 Linda Chung net worth: Linda Chung is a Canadian actress and singer who has a net worth of $20 million. Linda Chung was born in Maple Ridge, British Columbia, Canada in April 1984. Chung became Miss Chinese International in 2004 and signed with Television Broadcasts Limited. She won Miss Crystal Cover Girl in 2002 and Miss Chinese Vancouver in 2003. She first starred in the television series Virtues of Harmony II in 2004 and was nominated for a TVB Anniversary Award for Most Improved Female Artist. Chung won the award for her role in 2005's Always Ready. The won the award again in 2006 for The Biter Bitten and Forensic Heroes. Chung has also starred in Heart of Greed, A Journey Called Life, Moonlight Resonance, Legend of the Demigods, The Gem of Life, A Watchdog's Tale, Ghost Writer, Can't Buy Me Love, Twilight Investigation, Yes, Sir. Sorry, Sir!, Witness Insecurity, Brother's Keeper, and All That Is Bitter Is Sweet. As a singer Chung has released 10 studio albums starting with Lady in Red in 2006.