Lin Shaye net worth and salary: Lin Shaye is an American actress who has a net worth of $3 million. In a career that spans over four decades, Lin has appeared in dozens of notable film and television productions. She is probably best-known for appearing in several Farrelly Brothers comedies, including Dumb and Dumber, Kingpin, There's Something About Mary and Suck on You. She also starred in the Insidious film franchise.

Lin Shaye was born in Detroit, Michigan in October 1943. She studied acting at the University of Michigan and then moved to New York and appeared in Off Broadway productions. Shaye moved to Los Angeles, California in 1977 to pursue her acting career. She has 180 acting credits to her name starting in the 1975 movie Hester Street. Shaye has starred in the movies Goin' South, The Long Riders, Alone in the Dark, Jekyll and Hyde… Together Again, A Nightmare on Elm Street, Brewster's Millions, Critters, Extreme Prejudice, Slam Dance, The Hidden, The Running Man, Lucky Stiff, Book of Love, Pump Up the Volume, Roadside Prophets, Loaded Weapon 1, Amityville: A New Generation, Corrina, Corrina, Wes Craven's New Nightmare, Dumb & Dumber, Kingpin, Last Man Standing, Living Out Loud, There's Something About Mary, Detroit Rock City, Who's Your Daddy?, National Lampoon's Barely Legal, Dumb and Dumberer: When Harry Met Lloyd, Dead end, Stuck on You, The Hillside Strangler, A Cinderella Story, Cellular, Hate Crime, Snakes on a Plane, Insidious, The Three Stooges, Insidious: Chapter 2, and Insidious: Chapter 3. In 2012 Shaye won a Fangoria Chainsaw Award for Best Supporting Actress in Insidious. 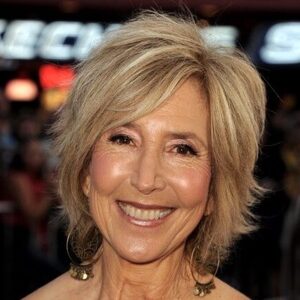