Lin-Manuel Miranda Net Worth and Salary: Lin-Manuel Miranda is an American composer, librettist, lyricist, actor, and rapper who has a net worth of $80 million. Miranda is probably best known for his successful career in the world of Broadway musicals, and he has won many awards during his career. A multi-talented artist, Miranda wins critical acclaim whether he's acting on stage or pulling the strings behind the scenes.

Early Life: Lin-Manuel Miranda was born on January 16th of 1980 in New York City. Raised alongside one sister by parents with Puerto Rican roots, he visited the nation of his family's heritage at least once a year while growing up. Miranda first became passionate about musical theater during high school, when he began writing his own musicals.

After graduating from high school, Lin-Manuel moved on to Wesleyan University. During his sophomore year, he penned the early draft for "In the Heights." His school's theater department accepted the play, and it was performed for the first time in 1999 by Wesleyan University. During his time at college, Miranda wrote other plays and acted in many of the school productions.

Career: By 2002, Miranda was ready to bring "In the Heights" to life on the professional stage. He teamed up with Thomas Kail, an experienced theater director to make it happen. Miranda and a team of other individuals tweaked the script as it was performed off-Broadway, and by 2008 they were ready to debut the musical on Broadway for the first time.

Over the next period, Miranda took the play to Los Angeles, once again playing the lead role. He also wrote other plays, including those in the Spanish language. Because he was now a famous figure in the entertainment world, he was invited to contribute songs to various musicals and he also started to appear in television series. In 2007, he appeared in episodes of "The Sopranos," "House," and "Sesame Street." With all that said, Miranda was still working as an English teacher at his old high school. He also supported himself by composing music for various commercials.

Over the next period, Lin-Manuel also established himself as a rapper. As far back as 2003, he founded the hip-hop improv group Freestyle Love Supreme, and they began to tour around the world during the 2000s. They were also the subject of a TV show and a Broadway musical.

Another major accomplishment for Lin-Manuel Miranda came in 2011, when "Bring it On: The Musical" premiered. Miranda wrote the lyrics and the music for this musical, and it later had a limited run on Broadway with strong reviews. In 2012, he booked a role in "Merrily We Roll Along," a well-received Broadway musical. Miranda later wrote the lyrics and music for "21 Chump Street," which debuted in 2014. That year, he also appeared in another musical called "Tick, Tick… Boom!"

During this period, Miranda also enjoyed limited appearances on film and TV projects. In 2012, he booked a small role in the Disney feature film "The Odd Life of Timothy Green." He also continued to appear in television shows like "Modern Family," "Do No Harm," and "How I Met Your Mother."

In 2015, Lin-Manuel Miranda took his career to a completely different level with the premiere of his most successful musical: "Hamilton: An American Musical." As far back as 2008, Miranda had been toying with the idea of creating a musical centered around Alexander Hamilton's life. He spent years refining the play before he was ready to act in the starring role and bring the story to life on stage. The show was so popular that people bought lottery tickets just to have a chance to see the play. Critics also loved "Hamilton: An American Musical," and it won a Tony Award for Best Musical among many other awards.

Outside of the theater world, Lin-Manuel Miranda has strong connections to Disney. In 2014, he contributed music and lyrics to the movie "Moana." Next year, he worked with Disney again on "Star Wars: The Force Awakens," contributing one song for a scene in a cantina. In 2017, he worked as a voice actor in the movie "DuckTales," playing the role of Gizmoduck. He also played Jack the lamplighter in Disney's live-action reboot, "Mary Poppins Returns." In 2019, Miranda returned to the world of Star Wars once again with "The Rise of Skywalker," writing one song and appearing in a brief cameo as a resistance fighter. 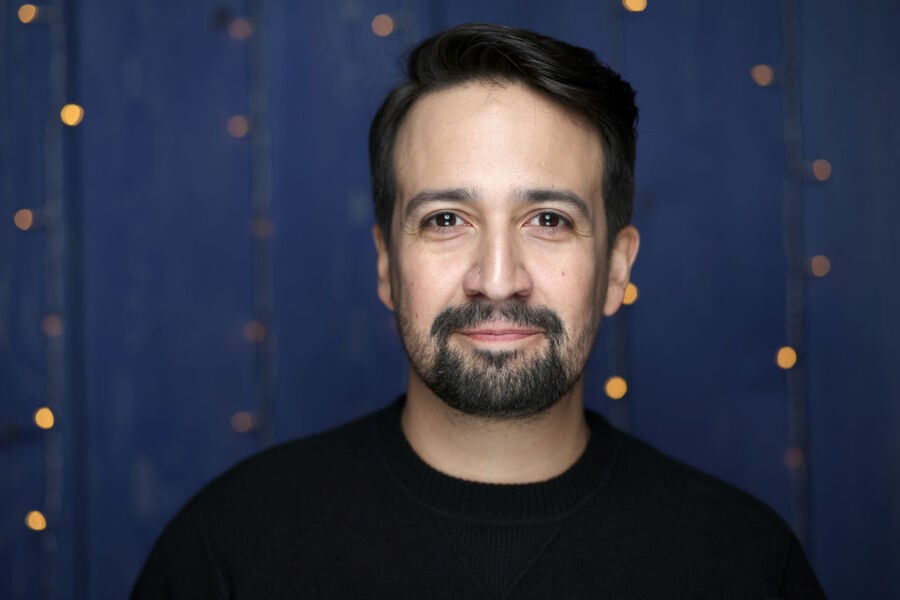 How Much Does Lin-Manuel Miranda Make Off Hamilton?

By 2018, Hamilton had grossed $365 million. As of 2020, the show has grossed well over $500 million. As the sole creator, author, composer, and former star of Hamilton, Lin-Manuel Miranda is entitled to a 7% cut of the box office gross. According to various reports, this deal results in Miranda earning a $105,000 royalty check every single week while the show tours. That's around $5.5 million per year – with Miranda never lifting a finger. By 2017, these royalties had earned Miranda about $12.7 million.

To top it all off, in February 2020, Disney Paid $70 million for the movie rights to Hamilton.

Real Estate: In 2008, Miranda purchased a property for his parents in the neighborhood of Inwood in North Manhattan. His parents occupied the 1,125-square-foot apartment until 2013, and then it was put on the market for just under $1 million. In 2019, Lin-Manuel purchased the Drama Book Shop in New York City. Manuel wrote the original draft for "In the Heights" in the bookshops years earlier, and he bought the store to save it from going out of business. 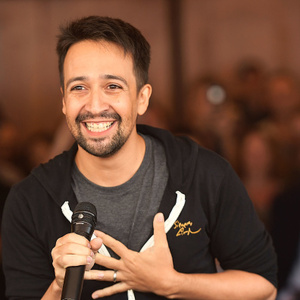