Lily James Net Worth: Lily James is an English actress who has a net worth of $8 million. After studying acting at the Guildhall School of Music and Drama, she first appeared in the TV show "Just William." She then followed up with a notable role in "Downton Abbey" before breaking through into the mainstream with the starring role in 2015's "Cinderella." After establishing herself in the entertainment world, James continued to book central roles in shows like "War & Peace," as well as a range of different Hollywood movies.

Some of her most notable films include "Baby Driver," "Darkest Hour," "The Guernsey Literary and Potato Peel Pie Society," "Mamma Mia! Here We Go Again," "Yesterday," "Rebecca," and "The Dig." As of 2021, she is seen as one of the up-and-coming actresses to watch in the entertainment industry.

Career: Upon learning that there was already an actress named Lily Thomson, she adopted her late father's first name instead as a stage name, becoming Lily James to the world.

Early Life: Lily Chloe Ninette Thomson was born on April 5th of 1989 in Esher, Surrey, England. Lily was raised alongside two brothers by parents who are both artists. Her mother is an actress named Ninette Mantle, while her father was a musician named Jamie Thomson who passed away from cancer in 2008. In addition, her maternal grandmother was Helen Horton, a well-known American actress.

After starting her journey into drama at the Tring Park School for the Performing Arts, she transferred to the Guildhall School of Music and Drama in London. After graduating in 2010, she quickly found an agent and began auditioning for roles. 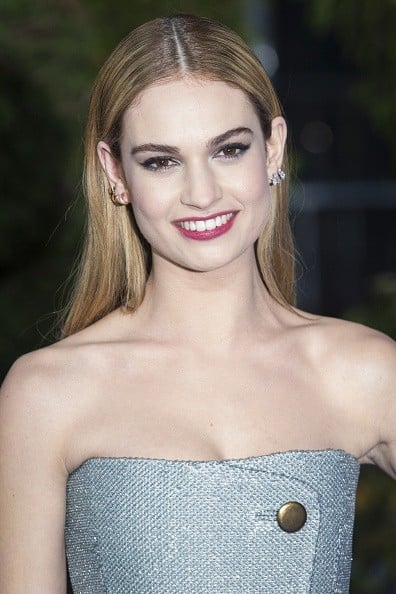 Career: Fresh out of acting school, Lily made her professional debut in the 2010 TV production of "Just William." Next year, she followed up with a role in the fourth season of "Secret Diary of a Call Girl" before booking a slightly more prominent role in "Downton Abbey." In the latter production, James played Lady Rose, a character who became increasingly central during the fourth and fifth series of "Downton Abbey."

Also in 2011, Lily James branched out with stage work. She played the role of Taylor in a stage adaption of the novel "Vernon God Little" at the Young Vic Theatre. She also appeared in plays like "The Seagull" and a production of Shakespeare's "Othello." James continued with her stage career in 2012, booking well-received roles in plays like "Play House" and "Definitely the Bahamas," drawing praise from critics. She then returned to film with roles in films like "Wrath of the Titans" and "Fast Girls."

While her career was certainly off to a great start, it wasn't until 2015 that she truly started to break through. This was when she booked the lead role in Disney's "Cinderella." Lily also proved that she was a talented vocalist, singing many of the film's songs. In 2016, she returned to British television to play the role of Natasha Rostova in "War & Peace." Another film effort soon followed, although this would prove to be less successful than "Cinderella." "Pride and Prejudice and Zombies" flopped at the box office and received mixed reviews.

Also in 2016, Lily returned to theatre for a production of Romeo and Juliet, playing Juliet. 2017 proved to be a successful year for the British actor, and she appeared in films like "Baby Driver," "Darkest Hour," and "The Exception." In 2018, she appeared in "Mamma Mia! Here We Go Again." That year, she appeared in "The Guernsey Literary and Potato Peel Pie Society." In 2019, she followed up with another stage performance in "All About Eve." 2020 saw her return to film with a role in "Rebecca," and in 2021 she joined the cast of "The Dig."

Personal Life: Much of Lily's personal life is kept away from the prying eyes of the media. That being said, she was in a well-publicized relationship with actor Matt Smith for many years. The pair started dating in 2014 before splitting up in 2019. According to some reports, they were at one point considering whether or not to buy a home together. 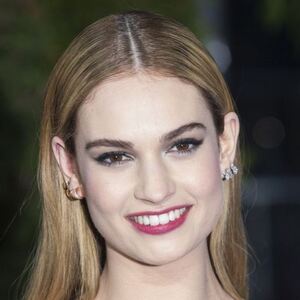