Lily Collins Net Worth: Lily Collins is an English and American actress who has a net worth of $25 million. Although she is the daughter of the well-known musician Phil Collins, Lily has carved out her own unique identity in the entertainment world. After moving to Los Angeles as a child, Collins has become a well-known actress who has starred in a number of notable film and television projects. She began her career at the young age of two with a role in the series "Growing Pains." Later, she became known for series such as "Les Miserables" and films like "Tolkien" and "Emily in Paris."

Outside of acting, Lily Collins is an accomplished model. Not only has she modeled for major fashion brands such as Chanel, but she has also written for publications such as "Seventeen," "Teen Vogue," and "The Los Angeles Times." In 2007, she was named International Model of the Year by "Glamour" magazine. In addition, Lily has earned a number of honors and accolades over the years, including nominations for Teen Choice Awards and Golden Globes. In 2017, her book "Unfiltered: No Shame, No Regrets, Just Me" received widespread praise from critics.

Early Life: Lily Jane Collins was born on March 18th of 1989 in Guilford, Surrey, England. Fathered by renowned English musician Phil Collins and an American woman named Jill Tavelman, Collins was born into a family that was extremely well-connected in the entertainment world. After her parents divorced when she was seven, Lily moved to Los Angeles with her mother.

Much later, Lily described her relationship with Phil Collins in her book, admitting that she missed her father immensely during her early years, and that he was often distracted with his music career. She describes this as a "terrible disconnect," and revealed that many of her insecurities stem from issues with her father. During her teen years, she suffered from an eating disorder, which she also described at length in her book. After graduating from high school in Beverly Hills, Collins attended the University of Southern California and majored in broadcast journalism.

Career: Collins' acting career began even before she moved to Los Angeles, and from the age of two she was appearing in British series such as "Growing Pains." In 2007, she was selected by Chanel to wear one of their gowns at the Bal des debutantes in Paris. Not only was she presented as a debutante during this event, but Lily also gained exposure through the series "The Hills," which featured Chanel's event that year. In 2008, she covered the US election, hosting Nickelodeon's "Kids Pick the President."

In 2009, she appeared twice in the series "90210" and booked a role in the film "The Blind Side." Two years later, she joined the cast of films such as "Priest" and "Abduction." By this point, many observers realized that Lily Collins was going to be one of Hollywood's future stars. In 2012, Collins landed an important role as Snow White in the film "Mirror Mirror." Critics singled her out for praise, and later that year she appeared in the film "Stuck in Love" alongside Jennifer Connelly. 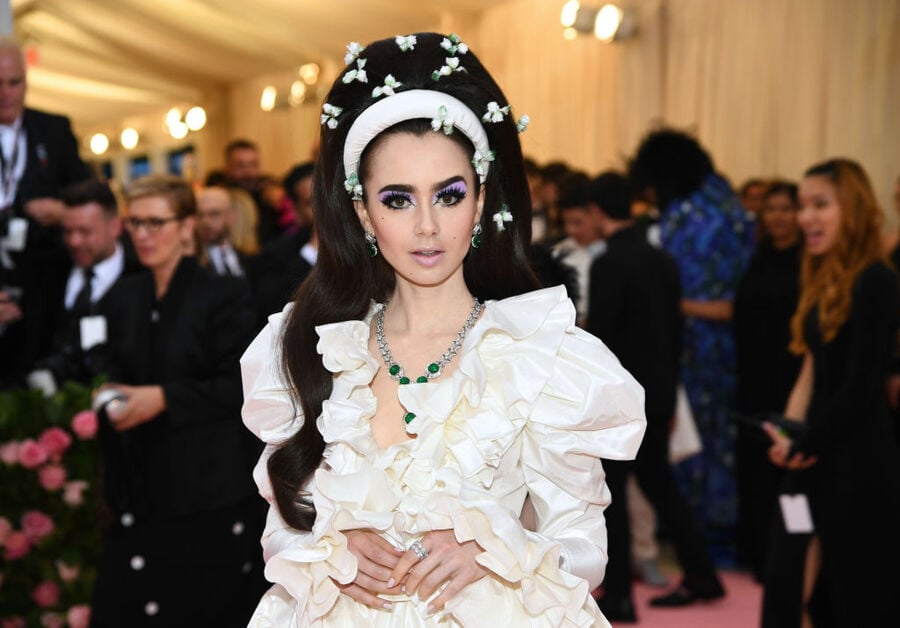 (Photo by Dimitrios Kambouris/Getty Images for The Met Museum/Vogue)

In 2014, Lily Collins took another step forward with a role in the film "Love, Rosie." Two years later, she took a leading role in the film "Rules Don't Apply," which was a critical and commercial disappointment. Lily was seen as one of the few highlights of the film, and she won her first Golden Globes nomination. After joining the cast of the short-lived series "The Last Tycoon," Lily appeared in the film "To the Bone," which debuted at the Sundance Film Festival in 2017. She also appeared in the film "Okja," which was featured at the Cannes Film Festival later in 2017 to widespread critical acclaim.

In 2018, Lily Collins began filming the miniseries adaptation of "Les Miserables." Once again, she received heaps of praise from critics as a result of her performance. In 2019, Lily caused quite a stir after appearing in the somewhat controversial film "Extremely Wicked, Shockingly Evil and Vile." The film tells the story of the real-life serial killer Ted Bundy.  That year, she appeared in "Tolkien," a biopic of the famous fantasy author. Throughout the next few years, Collins appeared in films like "Inheritance" and "Emily in Paris." In 2020, it was announced that she would be appearing in films such as "Mank," "The Cradle," and "Gilded Rage."

Real Estate: In 2018, it was revealed that Lily Collins had sold a property in the Sierra Towers building in Hollywood for $2.995 million. The home, which features 1,672 square feet of living space and one bedroom, had previously been listed for $3.195 million. Lily even put it on the rental market, hoping to attract renters in the mood for a luxurious condo. Collins was unable to get much of a return on her investment, and she eventually dropped the rental fee from $13,000 to $11,000 per month in the hopes of attracting new tenants. However, the actress was finally able to cash in when she finalized the real estate deal in 2018.

It's clear that Lily did not actually purchase the condo personally, as it had been in the Collins family's possession since the early 90s. Whether it was eventually transferred to her name or not, the condo's sale was linked with Lily Collins. The apartment lies on the tenth floor of a luxurious building that celebs like Sandra Bullock, Joan Collins, and Elton John call home (either currently or in the past).

At some point Lily's mother paid $12.5 million for a home in Beverly Hills. The home was ultimately transferred to Lily who was the buyer on title in March 2021 when the home sold in March 2021 for $13.5 million. 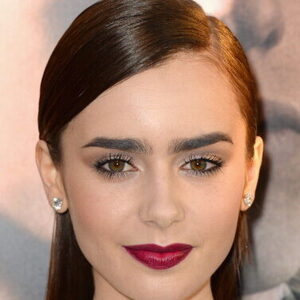