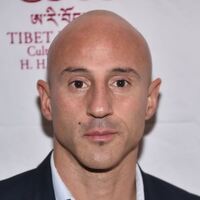 Lillo Brancato Jr Net Worth: Lillo Brancato Jr is a Colombian born/American actor who has a net worth of $10,000. Lillo Brancato Jr has appeared in several notable Italian films and TV series. In 2005 he was charged with first-degree attempted burglary in New York and was sentenced to ten years in prison. Adopted by Italian-American parents, Brancato acting debut was in Robert De Niro's A Bronx Tale (1993). For portraying the main character "C" Brancato was paid $25,000. From there, he appeared in three other films: Renaissance Man (1994), Crimson Tide (1995) and enemy of the State (1998). At the turn of the century, Brancato joined the cast of The Sopranos and then Falcone.

In 2005, Brancato was arrested on the suspicion of murdering an off-duty policeman during a burglary. He was arraigned for second-degree murder but later charged with first-degree attempted burglary in 2009 and was sentenced to ten years in prison. Brancato. His partner in crime, Armento, was charged with first degree murder and was sentenced to life in prison without parole. Lillo Brancato was released in December 2013.