Liliana Mumy net worth: Liliana Mumy is an American actress and voice actress who has a net worth of $4 million. Liliana Mumy was born in San Marcos, California in April 1994. From 2002 to 2004 she had a recurring role as Rachael on the television series My Wife and Kids. Mumy provided the voice of Myrtle Edmonds on the TV series Lilo & Stitch: The Series from 2003 to 2005.

From 2004 to 2007 she starred as Twinkle in the series Higglytown Heroes and from 2008 to 2009 Mumy starred as Lula Banks in the television series The Cleaner. She voiced the role of Panini in the TV series Chowder from 2007 to 2010. Mumy starred as Roxy in the series Winx Club: Power of Believix in 2012 and voiced the role of Leni in the series The Loud House in 2016. Since 2012 she has voiced the role of Beth Tezuka in the television series Bravest Warriors. She has also starred in or voiced roles for the films The Santa Clause 2: The Mrs. Clause, Lilo & Stitch, Cheaper by the Dozen, The Santa Clause 3: The Escape Clause, Snow Buddies, Space Buddies, Santa Buddies, and Batman: Year One. Mumy won a Young Artist Award for Best Young Ensemble in a Feature Film for Cheaper by the Dozen in 2004. Her father is actor Bill Mumy. 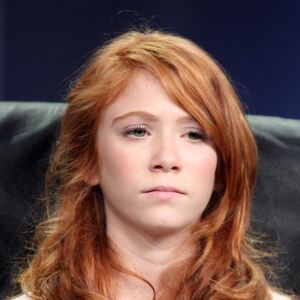