Lili Simmons net worth: Lili Simmons is an American actress and model who has a net worth of $2 million. Lili Simmons was born in San Diego, California in July 1992. Simmons is best known for playing the role of Rebecca Bowman on the television series Banshee. She started out as a Ford Model and modeled for Bebe Stores and Roxy as well as in commercials and print ads for companies such as Saturn and J.C.

Penney. In 2010 she starred in the web series Hollywood Is Like High School with Money. Simmons has starred as Rebecca Bowman in the TV series Banshee since 2013. She starred in the movie Fat Kid Rules the World in 2012. Simmons has also appeared in episodes of the TV series Zeke and Luther, Mr. Sunshine, Jane by Design, Vegas, True Detective, and Hawaii Five-0. She is scheduled to star in the upcoming films The Guilty Innocent and Bone Tomahawk. Lili appeared in a pictorial in Maxim magazine in 2013. 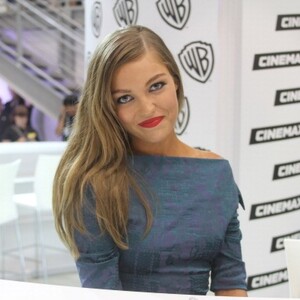