Liev Schreiber Net Worth and Salary: Liev Schreiber is an American actor, screenwriter, and producer who has a net worth of $40 million. A talented actor, Schreiber is respected in both the theatre world and in Hollywood. He first started to appear in mainstream productions in the 90s, and today he is one of the most recognizable faces in the entertainment industry. In addition, Schreiber is an accomplished voice actor who has taken roles in a variety of animated films. Liev has won some of his most notable awards as a result of his stage performances.

Early Life: Isaac Liev Schreiber was born on October 4th of 1967 in San Francisco, California. His parents were both artists, and at the age of one Liev relocated to British Columbia with his family. His mother then suffered from a bad acid trip, and she was hospitalized for the next four years. When Liev's mother became convinced that her husband would admit her to a mental institution, she ran away with her young son.

His father then hired private detectives to track his wife and son, and he eventually caught them both at a hippy commune in New York. By the age of five, Liev's parents were engaged in a lengthy lawsuit over the custody of their child, following their divorce. His mother eventually won the legal battle, and Liev spent the next few years living with her in a small apartment on the Lower East Side of Manhattan. The property frequently had no electricity or hot water.

During this period, Schreiber started to get involved in theatre for the first time. After graduating from university, Liev attended Hampshire College, the University of Massachusetts, and the Yale School of Drama, and the Royal Academy of Dramatic Art. He eventually received a master's degree in drama from Yale in 1992.

Career: Schrieber didn't have much luck during the start of his career, but he eventually landed a breakthrough role in the "Scream" film franchise, playing the murderer Cotton Weary. He followed up with roles in films like "RKO 281," "Ransom," "The Hurricane," and the film version of "Hamlet." In 2002, Liev played an assassin in "The Sum of All Fears."

Another major step forward came in 2004 when Schreiber joined the cast of "The Manchurian Candidate" alongside Meryl Streep and Denzel Washington. In 2006, he booked another major role in "The Omen."

Although his film career was certainly progressing at a strong pace during this period, Liev continued to return to the stage periodically. He is especially known for his mastery of Shakespeare, and has appeared in major productions of plays such as "Cymbeline," "Hamlet," "Henry V," and "Macbeth." In 2002, Schreiber won a Tony Award for his stage performance in the Broadway revival of "Glengarry Glen Ross." He also became a sought-after narrator during this period, and he has lent his voice to a wide range of documentaries.

Relationships: Schreiber's sole relationship of note was with actress Naomi Watts, and in 2010 Watts stated that Schreiber had given her a ring. That being said, it was never confirmed that the pair were legally married. In 2007, the couple had their first child together, and in 2008 they welcomed a second into the world.

In 2016, the pair separated after 11 years together. It is not clear how this separation played out financially. It is assumed that they had a common-law relationship, which means the same basic principles of a divorce are in place in terms of child custody. On the other hand, it isn't clear how their assets were divided, especially in regard to their extensive real estate portfolio.

Real Estate: In 2016, it was reported that Liev Schreiber and his former wife Naomi Watts had purchased a 3,500-square-foot home in Montauk, New York for $5.4 million. Built in 2007, the cottage-style residence features excellent views of the ocean from the upper floor. The outdoor area also boasts an in-ground swimming pool and a flagstone terrace. If the Schreiber family ever wishes to visit the beach, Shadmoor State Park is accessible from the property via a convenient dirt path.

Although undoubtedly lovely, this real estate purchase was seen as a downsize by media sources, mostly because of Schreiber's previous home. This residence features almost double the square footage with 6,061 square feet, and it sits on two-thirds of an acre. Despite its luxurious nature, their previous home does not have an ocean view or easy access to the beach, unlike Schreiber's new acquisition. Confirming the family's desire to relocate, Schreiber's family put this previous home on the real estate market with an asking price of $5.85 million, although it was removed shortly after it appeared in 2016.

Outside of these two properties, Naomi Watts and Liev Schreiber own three adjacent condos in the Tribeca neighborhood of New York City – although it isn't clear what happened to these properties following the couple's 2016 split. It is assumed that the couple joined these three properties together to form one massive apartment. The couple initially purchased two of the adjacent condos in 2011 for $3.7 million before acquiring the third in 2013 for $2.075 million.

Like any self-respecting acting couple, Liev and Naomi also own property in Los Angeles. This residence was actually purchased by Watts in 2004 for $4.2 million, shortly before she started a relationship with Schreiber – which means (one would assume) that she took sole ownership of the property following the couple's split. The 4,410-square-foot property lies in the affluent neighborhood of Brentwood. 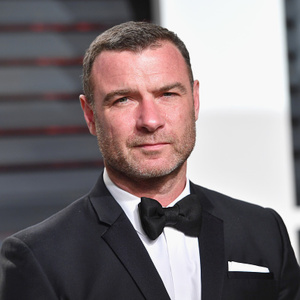