Liberty Ross net worth: Liberty Ross is an English model and actress who has a net worth of $10 million. Liberty Lettice Lark Ross was born in London, England in September 1978. Liberty did some modeling as a child. When she was nine years old she was on the cover of the album No Rest for the Wicked by Ozzy Osbourne. She signed with Storm Model Management in 1992. Liberty made her catwalk debut in 1999 for Louis Vuitton in Paris. In 2000 she was awarded Model for the Year at the Elle Style Awards. She has been featured in campaigns for Emmanuel Ungaro, Burberry, Jimmy Choo, and Dior's Addict. She has been on the cover of The Face, British Vogue, Vogue Russia, and i-D. Her first screen appearance came in the 1989 movie War Requiem. She has also starred in the movies Thinly Veiled, W.E., The Spirit Game, and Snow White and the Huntsman as Queen Eleanor in 2012. Liberty married director Rupert Sanders in 2002. The couple had two children together and divorced in 2014. Sanders directed Snow White and the Huntsman. In 2014 Liberty executive produced the short Sweetheart.

Rupert Sanders Divorce Settlement:
In late July 2014, Liberty and Rupert were officially divorced. In the settlement, Rupert will be required to give Liberty two houses in London, their main residence in Los Angeles, half of all bank accounts, half of all retirement accounts, $25,000 a month in spousal support for four years, $14,000 a month in child support until their two children are 18 and 15% of any profits Rupert earns from all of his moves except "Snow White". Ouch. Rupert will be allowed to keep a Malibu beach house and a 1970 VW van. They will split custody of their children. 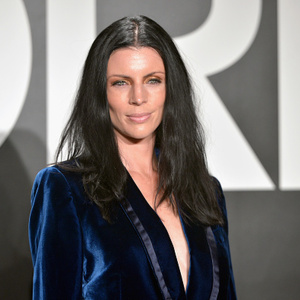