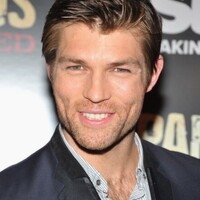 Liam McIntyre Net Worth: Liam McIntyre is an Australian actor who has a net worth of $5 million. Born in Adelaide, Australia, in 1982, Liam McIntyre broke into acting with a series of appearances in short movies. His first roles came in "Shotgun!" and "Fancy" in 2007. He appeared as Harry in "Anniversary" and made his feature film debut in 2014's "The Legend of Hercules" as Sotiris. McIntyre held roles in "Niflheim: Blood & Bullets", "Bottled Up", "Radev", "A Bitter Sip of Life", "The Pacific", "Neighbours", and "Rush" before landing the title role in "Spartacus" in 2012. McIntyre replaced fellow actor Andy Whitfield on the series when Whitfield was diagnosed with non-Hodgkins lymphoma in 2010. Though Whitfield initially only planned to take a temporary break from filming, he later left the series completely after his cancer returned. McIntyre took over the part of Spartacus for the show's last two seasons. Since then, McIntyre appeared on "Auckland Daze" as Liam for two episodes. He starred in TV movie "The Killing Field" as Detective Dan Wild and is slated to appear in 2014's "The Dream Children" as Luke Delaney. McIntyre married his long-time girlfriend, actress and musician Erin Hasan, in 2014. Hasan is best known for appearing in an Australian production of "Wicked" as Glinda.