Liam Cunningham Net Worth and salary: Liam Cunningham is an Irish actor who has a net worth of $4 million. Liam Cunningham was born in 1961 in East Wall, Dublin, Ireland, and quit school as a teenager to work as an electrician. He eventually moved to Zimbabwe to pursue his trade, but returned to Ireland and decided to become an actor.

He made his movie debut as a cop in 1992's "Into the West". Cunningham went on to appear in "A Little Princess", "First Knight", and "War of the Buttons", before landing his first major role in "Jude" as Phillotson. Some of his best known movie roles include "Centurion", "Clash of the Titans", "Dog Soldiers", "The Escapist", "The Guard", and "Black Butterflies". Cunningham landed the role of Davos Seaworth on the HBO phenomenon "Game of Thrones" in 2012. He also appeared on "The Number Station", "Doctor Who", and "Merlin". In 2006, he earned an Irish Film and Television Award for Best Supporting Actor in a Film for "The Wind That Shakes the Barley". Two years later, he won the same award for "Hunger". Cunningham teamed up with Michael Fassbender for the short film "Pitch Black Heist", which won a 2012 BAFTA Award for Best Short Film. Cunningham and his wife, Colette, live in Dublin with their three children. 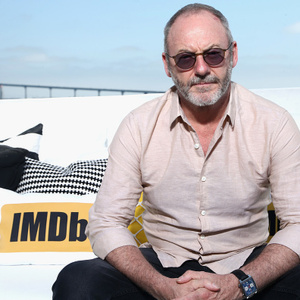