Li Bingbing net worth and salary: Li Bingbing is a Chinese actress and singer who has a net worth of $80 million. Though her name may not be familiar to American movie-goers, Li Bingbing is one of the highest paid actresses in the world. Li Bingbing was born in Wuchang, Heilongjiang, China, and was originally focused on a career in education.

However, she ultimately chose to enroll in the Shanghai Drama Institute after she finished high school, and began acting professionally in both film and television productions in 1994. Since then, she has gone on to appear in such films as "Seventeen Years", "Purple Butterfly", "Cat and Mouse", "Silver Hawk", "The Hidden Kingdom", "Snowflower and the Secret Fan", and "Resident Evil: Retribution". On television, she has appeared on such shows as "Palace of Desire", "The Nation Under the Foot", "Sky Lover", "The Blue Lotus", "Romancing Hong Kong", "City of Sky", "The Sea's Promise", and "Eight Heroes". She has won numerous acting honors, and is a UNEP Goodwill Ambassador. In 2014 she appeared in "Transformers: Age of Extinction". 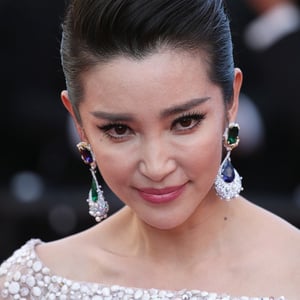