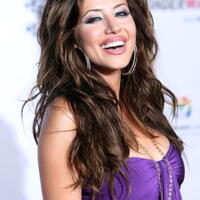 Leyla Milani net worth: Leyla Milani is a Canadian actress, model, television host, and entrepreneur who has a net worth of $750 thousand dollars. Leyla Milani was born in Toronto, Ontario, Canada in 1982. Leyla got her break in 2005 as a contest in the WWE Diva Search. She finished the competition in second place out of about 8,000 entrants. She used her newfound wrestling fame to appear at an event for Pro Wrestling Guerilla. She also appeared in commercials for WWE's Monday Night Raw. She became co-host of an all women wrestling show called Wrestlicious TakeDown. In 2006 Leyla became a model on NBC's game show Deal or No Deal. She held case #13 and was nicknamed "Lucky 13" or "Lucky Leyla". Eight times her #13 case held the grand prize of $1 million. Milani was part of a group of models to appear on an edition of The Oprah Winfrey Show. Oprah chose Leyla's case and even chanted her name on the show. Leyla has appeared on the Fox News shows The Half Hour News Hour and Redeye. She appeared on the MTV True Life Series titled I'm a TV Star. She founded Milani Hair, which is a luxury hair care company in 2009. Her company specializes in human hair clip in extensions.