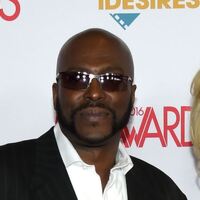 Lexington Steele Net Worth and Salary: Lexington Steele is an American actor, director and businessman who has a net worth of $4 million. Lexington Steele was born Clifton Todd Britt Jr. in New Jersey in 1969. Lexington Steele attended and eventually graduated from Syracuse University with degrees in African-American studies and history. Early in his career he was a stockbroker working out of the World Trade Center by day. At night he would model and act. Steele made his adult film debut in 1996. In 1998 he moved to Los Angeles to pursue his acting career full-time. To date he has appeared in dozens of adult films with West Coast Productions and Red Light District Video. He created his own company, Mercenary Motion Pictures, in 2003 and directs and acts in his own films. He has won dozens of awards, including Male Fan Favorite, Best Actor at the Venus Awards and Male Performer of the Year at the AVN Awards. Steele has appeared in several non-erotic TV shows and films, including "Weeds", "Crank 2: High Voltage" and "Nip/Tuck". He and his former fiancé, porn star Vanessa Blue, ended their relationship in 2006 and later sued each other over films related to Mercenary Pictures. The AVN Hall of Famer is an active political advocate and lent his support to Barack Obama's 2008 presidential campaign.