Lexa Doig Net Worth: Lexa Doig is a Canadian television and movie actress who has a net worth of $500 thousand. Lexa Doig was born June 8, 1973 in Toronto, Ontario, Canada. Doig's parents held season tickets to their local theater and Lexa was inspired to begin acting after seeing a production of Porgy and Bess at the tender age of nine.

She started out in modeling and commercial work, and hosted YTV's Video & Arcade Top 10 (1991) with friend Gordon Michael Woolvett. Her first television acting role was as "Second Girl" on The Hidden Room in 1993. Her first recurring role was in the TV series TekWar in 1994, where she portrayed the role of Cowgirl and her first movie role was in the film Jungleground in 1995. She got another break in a starring role in the movie No Alibi in 2000, opposite Dean Cain and Eric Roberts. Doig went on to appear in several projects for both the big and small screens, including CI5: The New Professionals (1998) and No Alibi (2000) before landing a lead role in Jason X (2001), the 10th installment in the Friday the 13th series. Shortly after, she captured the title role in Gene Roddenberry's Andromeda (2000) starring as the Andromeda Ascendant's sophisticated artificial intelligence system. She also enjoyed guest stints on several popular television shows, including Traders (1996), Earth: Final Conflict (1997) and The Chris Isaak Show (2001). Her theatre credits include Arsenic and Old Lace and Romeo and Juliet. In her down time Lexa enjoys reading, rollerblading and playing RPG video games, Dungeons and Dragons being her favorite. She currently resides in Vancouver, British Columbia with husband Michael Shanks, children Mia and Samuel and their two cats. She and her husband are actively involved as charity fundraising partners for the Multiple Sclerosis Society of Canada. 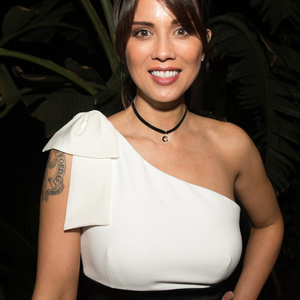