Lewis won the Most Beautiful Baby in Liverpool contest at two years old. As a musician he played in his father's band and for The Renegades as a drummer. He became a hairdresser and turned down an audition for The Beatles. He went on to play for The Eyes, The Georgians, and The Mojos and was a lorry driver. He trained at the London Academy of Music and Dramatic Art in Hammersmith and worked in theater. He made his first appearance in 1974 in the TV series Z Cars, Marked Professional, Village Hall, Crown Court, and Warship, and the TV movie They Disappear When You Lie Down. From 1975 to 1977 Collins starred as Gavin Rumsey in the TV series The Cuckoo Waltz. His best known role was starring as Bodie on the series The Professionals from 1977 to 1983. He went on to star in the series Cluedo from 1991 to 1992. Collins starred in the movies Confessions of a Driving Instructor, Must Wear Tights, Who Dares Wins, Code Name: Wild Geese, Kommando Leopard, and Der Commander. Lewis married Michelle Larrett in 1992 and the couple had three sons together. Lewis Collins passed away in November 2013 from cancer at the age of 67. 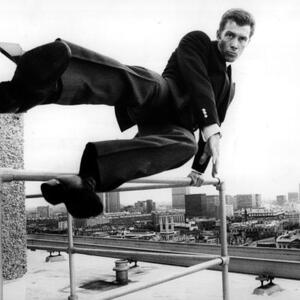