What is LeVar Burton's net worth?

LeVar Burton is an American actor, author, director, producer, and presenter who has a net worth of $6 million. Burton's acting debut was in 1977 as he played the role of Kunta Kinte on the popular ABC drama series "Roots." This was also his first professional acting audition. For his performance LeVar was nominated for an Emmy Award for Best Actor in a Drama Series. Burton is well known for his time on the PBS program "Reading Rainbow." He hosted and executive produced the show starting in 1983. The show was on the air for 23 seasons and ended up winning more than 2000 awards including 26 Emmys. Burton is also known for his role of Geordi La Forge on "Star Trek: The Next Generation." He has directed episodes of Star Trek, Charmed, JAG, Las Vegas, and more. He also serves on the board of directors for AIDS Research Alliance.

LeVar Burton was born as Levardis Robert Martyn Burton Jr. in 1957, in Landstuhl, West Germany. His father was stationed in Landstuhl as a photographer for the US Army Signal Corps, while his mother was a social worker and educator. Alongside his two sisters, Burton was brought up by his mother in Sacramento, California, and was raised Roman Catholic. As a teenager, he attended St. Pius X Minor Seminary in Galt, with the intention of becoming a priest. However, due to his skepticism of the Catholic faith, he switched his career goals to acting when he was 17. He subsequently enrolled at the University of Southern California.

After making his feature film acting debut in 1976's "Almos' a Man," Burton had his breakthrough role in the ABC miniseries "Roots," which was adapted from the eponymous Alex Haley novel. Playing the young Kunta Kinte, the actor received an Emmy Award nomination in 1977. The same year, he appeared in the crime drama "Looking for Mr. Goodbar," starring Diane Keaton, Richard Gere, and Tuesday Weld. At the end of the decade, Burton had two major leading roles in made-for-television biographical films. In 1978's "One in a Million: The Ron LeFlore Story," he starred as Ron LeFlore, a trouble kid from Detroit who rose from incarceration to play with the Detroit Tigers in the MLB. Then, in 1979, Burton starred in "Dummy" as Donald Lang, a deaf black man from Chicago who was accused of killing a pair of prostitutes. Costarring Paul Sorvino as Lang's attorney, the film was honored with a Peabody Award, and received an Emmy nomination for Outstanding Television Movie.

In the early 80s, Burton costarred alongside Powers Boothe, Ned Beatty, and James Earl Jones in the television miniseries "Guyana Tragedy: The Story of Jim Jones," about the real-life Peoples Temple and the mass suicide of its members. Burton also appeared in episodes of "Trapper John, M.D." and "Fantasy Island." In 1980, he was in the crime thriller "The Hunter," and in 1981, had a supporting role in the television film "Grambling's White Tiger," based on the true story of quarterback Jim Gregory.

Reading Rainbow and Star Trek: The Next Generation

Burton began one of his greatest career successes in 1983, when he became the host and executive producer of the PBS children's series "Reading Rainbow." The program, which ran for 23 seasons, earned Burton a plethora of accolades, including 24 Daytime Emmy Award nominations and 12 wins. He also received multiple NAACP Image Awards, as well as a Peabody Award in 1992. When the show concluded in 2006, Burton and his business partner Mark Wolfe launched a new children's media company called RRKIDZ.

In 1986, Burton landed his next biggest part when "Star Trek" creator Gene Roddenberry offered him the role of Geordi La Forge in the "Stark Trek: The Next Generation" television series. Burton starred on the show for all its 178 episodes, and also directed two episodes himself. Later, he reprised his role in the four feature films based on the series: "Star Trek Generations," "Star Trek: First Contact," "Star Trek: Insurrection," and 2002's "Star Trek: Nemesis." Additionally, he directed numerous episodes of subsequent "Star Trek" television series including "Deep Space Nine" and "Voyager." 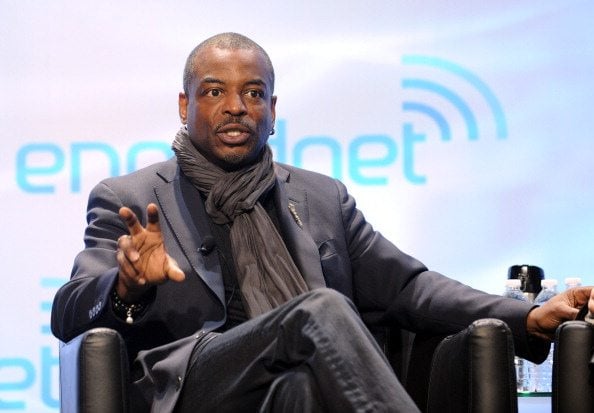 Other Television and Film Roles

Among Burton's other credits in the 80s were the television films "The Jesse Owens Story" and "The Midnight Hour." He also appeared on episodes of "The Love Boat," "Murder, She Wrote," and "Houston Knights," and was in the zombie horror film "The Supernaturals." In 1988, he reprised his role as Kunta Kinte in the television film "Roots: The Gift." Later, from 1990 to 1996, he voiced the character of Kwame on the animated superhero series "Captain Planet and the Planeteers." Throughout the 90s, he appeared on such shows as "Christy," "Deadly Games," "Pinky and the Brain," and "Mister Rogers' Neighborhood."

In the early 2000s, Burton portrayed Reverend Martin Luther King Jr. in the Muhammad Ali biopic "Ali." On television, he was in episodes of "Becker" and "Boomtown." Subsequent credits include "The Jensen Project," "Community," "The Big Bang Theory," "Transformers: Rescue Bots," "Perception," and "Weird City." In 2021, following the passing of Alex Trebek, Burton was chosen as a guest host on "Jeopardy!"

In addition to directing several episodes of "Star Trek," Burton directed the television films "The Tiger Woods Story" and "Smart House." In 2003, he made his feature film directorial debut with "Blizzard," a Christmas family film in which he also appeared. He subsequently directed episodes of "JAG," "Miracle's Boys," "Las Vegas," and "NCIS: New Orleans." In 2008, he directed "Reach for Me," which won an AARP Movies for Grownups award.

Burton joined the AIDS Research Alliance's board of directors in 2012. In 2016, he was chosen as one of five inaugural honorees on the Sacramento Walk of Stars. Three years later, a park in the city close to where Burton grew up was named in his honor. 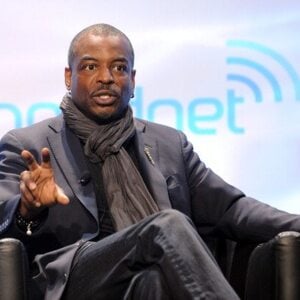