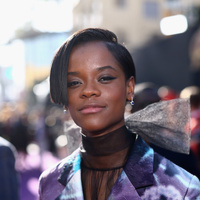 Letitia Wright net worth: Letitia Wright is a Guyanese born British actress who has a net worth of $4 million. Letitia Wright was born in Georgetown, Guyana in October 1993. In 2011 she had a recurring role as Chantelle on the television series Top Boy. Wright had recurring roles as Vivienne Scott on the TV mini-series Banana and Cucumber in 2015. In 2016 she starred as Renie on the series Humans. She also had a recurring role as Ellie Maynard on the television series Holby City in 2011. Wright has appeared in several films including Victim, My Brother the Devil, Urban Hymn, The Commuter, Black Panther, Ready Player One, and Avengers: Infinity War. She won a Teen Choice Award in 2018 for Choice Movie Actress: Sci-Fi for Black Panther. Letitia Wright has also been nominated for several awards including a Primetime Emmy Award in 2018 for Outstanding Supporting Actress in a Limited Series or Movie for Black Mirror.