Leslie Uggams net worth: Leslie Uggams is an American actress and singer who has a net worth of $3 million. Leslie Uggams was born in Harlem, New York in May 1943. She won a Theatre World Award and the Tony Award for Best Actress in a Musical for starring on Broadway's Hallelujah Baby!. Uggams starred as Kizzy Reynolds in the TV mini-series Roots in 1977. She has had recurring roles in the TV series I Spy, That's Life, Backstairs at the White House, Nurse Jackie, and Empire. Uggams has starred in the movies Two Weeks in Another Town, Skyjacked, Black Girl, Poor Pretty Eddie, Sugar Hill, Toe to Toe, and Deadpool. Uggams won a Daytime Emmy Award in 1983 for Outstanding Host or Hostess in a Variety Series for Fantasy. As a singer she has released the albums The Eyes of God, So in Love!, A Time to Love, What's An Uggams?, Just to Satisfy You, Leslie, Try To See It My Way, and Leslie Uggams. 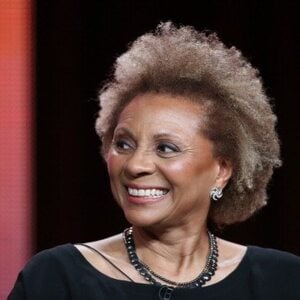