What is Leslie Nielsen's Net Worth?

Leslie Nielsen was a Canadian-American actor and comedian who had a net worth of $20 million at the time of his death in 2010. Though he had a diverse career that lasted multiple decades, he will perhaps always be best-remembered for his roles in the "Naked Gun" and "Airplane" film franchises.

He left an indelible impression and a huge legacy in more than one hundred films and 150 television programs over the span of his career, portraying more than 220 characters, among them the arrogant advertising executive turned bear-wrestling psychopath Paul Jenson in William Girdler's 1977 horror film "Day of the Animals." The turning point came when he was cast as the poker-faced Dr. Shirley Rumack in the immensely popular spoof "Airplane!" (1980). Nielsen went on to play the hilariously inept police Detective Frank Drebin on the short-lived TV series "Police Squad!" (1982).

Nielsen was born on February 11, 1926 in Regina, Saskatchewan, Canada. His mother, Mabel Elizabeth, was an immigrant from Wales while his father, Ingvard Nielsen, was from Denmark. Once in Canada, his father worked as a constable in the Royal Canadian Mounted Police. The couple had three boys, of which Nielsen was the second. His older brother, Erik, was a member of Canadian Parliament and then became the Deputy Prime Minster of Canada.

Nielsen had a troubling childhood as his father was abusive to his mother and siblings. After graduating from Victoria High School, he enlisted in the Royal Canadian Air Force when he was 17. He was discharged once World War II ended and then began working at a radio station while he enrolled at Lorne Greene Academy of Radio Arts in Toronto. During this time, he received a scholarship to the Neighborhood Playhouse and then moved to New York City.

Nielsen began taking roles on television in the 1950s, during what has been called Television's Golden Age. However, the time was not particularly profitable for Nielsen, as most of the roles did not pay very well. This led him to seek out work narrating documentaries and acting in commercials.

However, by the late 1950s, he was starring in MGM films such as "Forbidden Planet" and "Tammy and the Bachelor." In 1959, he decided to leave MGM in order to pursue work with other companies. He landed the lead role in the Disney miniseries "The Swamp Fox" which aired eight episodes between 1959 and 1961. Throughout the 1960s, he had roles in "Justice," "Voyage to the Bottom of the Sea," "Gunsmoke," and "Hawaii Five-O," among many other shows and films. In 1972, he appeared as the captain in "The Poseidon Adventure." He continued taking on dramatic roles throughout the 1970s, with his final dramatic role in 1979 in the film "City on Fire."

Nielsen had begun venturing into comedy in the early 1970s with roles in "M*A*S*H" and in "The Ringbanger." His comedy career really began taking off during the 1980s though, beginning with the film "Airplane!" His deadpan delivery in the absurd events of the film made him an instant comedic success. The film has become a cult classic and has been included in a number of lists of the funniest films of all time. 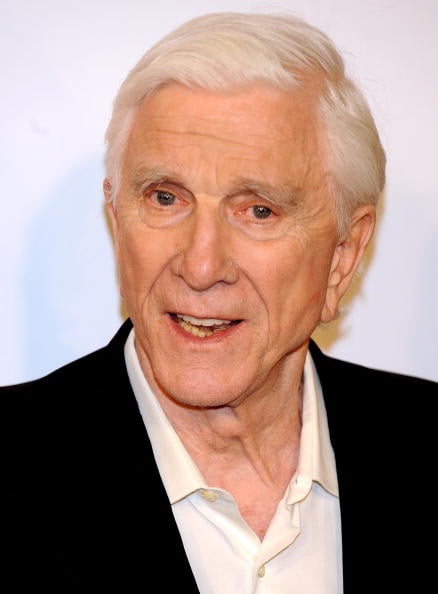 Following "Airplane!" he was cast in the series,  "Police Squad!" Though the series only lasted six episodes, Nielsen won an Emmy Award nomination in the category of Outstanding Lead Actor in a Comedy Series. Six years later, Nielsen starred in "The Naked Gun: From the Files of Police Squad!" The film was well received by audiences and film critics alike and spanned two sequels.

After his success in the absurd comedy genre, Nielsen went on to star in many other similar films, though few met the same type of success as his early work. Some films, like "Spy Hard" and "Wrongfully Accused," were popular with audiences but did not impress the critics. He first major success since "The Naked Gun" films came when he landed a role in "Scary Movie 3," which led to an appearance in the sequel, "Scary Movie 4."

In the final years of his life, Nielsen continued acting. He played the role of a doctor in "Doctor*Ology" on the Discovery Chanell and also starred in the drama, "Music Within." He appeared in several parody films from 2007 to 2009. Over his career, he appeared in over 100 films and 1,500 television episodes.

Nielsen was awarded many honors and accolades throughout his life. In 1995, he received UCLA's Jack Benny award. In 1988, he received a star on the Hollywood Walk of Fame and in 2001 he was inducted into Canada's Walk of Fame. In 2002, he was made an Officer of the Order of Canada. The same year, he was also made an honorary citizen of West Virginia. In 2003, Grant MacEwan College named their school of communications after him. The Alliance of Canadian Cinema, Television, and Radio Arts awarded him the ACTRA Award of Excellence in 2003. He also was given the honor of meeting Queen Elizabeth II during the centennial gala of his birth province, Saskatchewan, in 2005.


Nielsen was married four time during his life. He married nightclub singer Monica Boyar in 1950. They remained married until 1956. In 1958, he married Alisande Ullman and they remained together until 1973. During their marriage, they had two daughters together – Maura and Thea. From 1981 until 1983, he was married to Brooks Oliver. His final marriage was to Barbaree Earl. They were married from 2001 until 2010, when Nielsen died. While married to Barbaree, Nielsen split his time between homes in Fort Lauderdale, Florida and Paradise Valley, Arizona.

In his free time, Nielsen enjoyed playing practical jokes and pranking people. He also enjoyed gold. For most of his life, Nielsen was legally death and wore hearing aids. He was a supporter of the Better Hearing Institute throughout his life. 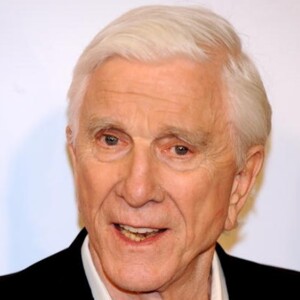