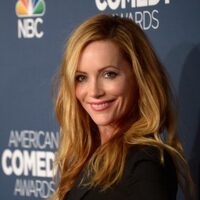 Leslie Mann Net Worth and Salary: Leslie Mann is an American actress and producer who has a net worth of $150 million. That is a combined net worth with her husband since 1997, director/producer Judd Apatow. Over the course of her career, Leslie has become one of the most recognizable figures in the entertainment industry. She has collaborated on numerous occasions with director Judd Apatow, although she was well-established in Hollywood before she married this successful figure.

Early Life: Leslie Jean Mann was born on March 26th of 1972 in San Francisco, California. Raised alongside two siblings in Newport Beach by a successful businesswoman, Leslie was quite shy as a child. After graduating from high school, Leslie began her acting journey at Joanne Baron / D.W. Brown Acting Studio. During this period, she linked up with an improvisational comedy improv troupe called "The Groundlings." Although she initially attempted to gain a communications degree at college, she dropped out in favor of a professional acting career.

Career: Leslie Mann's acting career began when she was 18. At first, she appeared in a string of TV commercials. Mann then broke through with a memorable performance in the film "The Cable Guy" alongside Ben Stiller, Matthew Broderick, and Jim Carrey. The film left critics scratching their heads, but it performed strongly at the box office with earnings of over $102 million. It also became a cult classic in later years.

After making a name for herself in the film world, Mann focused next on establishing herself in the television industry with "Freaks & Geeks." A year earlier, she had met her future husband Judd Apatow for the first time. "Freaks & Geeks" was a major hit with critics, but it was canceled after a relatively short run. Leslie's next major project was the 1997 film "George of the Jungle" alongside Brendan Fraser.

In 1999, Mann collaborated with Adam Sandler in the film "Big Daddy." The movie was a major box office hit, grossing $234.8 million while receiving mostly poor reviews from critics. Over the next period, she appeared in more comedies like "Orange County" and "The 40-Year-Old Virgin," the latter of which grossed $177.4 million and received solid reviews.

Mann's next major accomplishment came in 2007 when she appeared alongside Seth Rogen and Paul Rudd in Judd Apatow's "Knocked Up." This was a major box office hit that grossed over $218 million. In addition, Leslie was singled out for praise by critics, and she was nominated for a number of awards. In 2009, she proved her comedic instincts once again after a performance in the Adam Sandler movie "Funny People." The film was considered by many to be one of the year's best films.

After following up with the successful comedy "17 Again," Mann appeared in the independent film "I Love You Phillip Morris." The star-studded cast included Jim Carrey and Ewan McGregor and premiered at the Sundance Film Festival to widespread critical acclaim. In 2011, Leslie joined actors Ryan Reynolds and Jason Bateman in "The Change-Up." Another notable achievement that year came when Mann booked a voice acting role in the animated film "Rio." The movie was incredibly successful, generating $484 million at the box office.

Mann continued with her voice acting career during this period with a role in the animated series "Allen Gregory." She also voiced another character in the 2012 stop-motion film "ParaNorman." That year, she appeared alongside Rudd once again in "This Is 40," the sequel to "Knocked Up." This time, Mann played the lead. Next year, she followed up with "The Bling Ring" alongside Emma Watson. In 2014, she narrated an episode of "Makers: Women Who Make America." 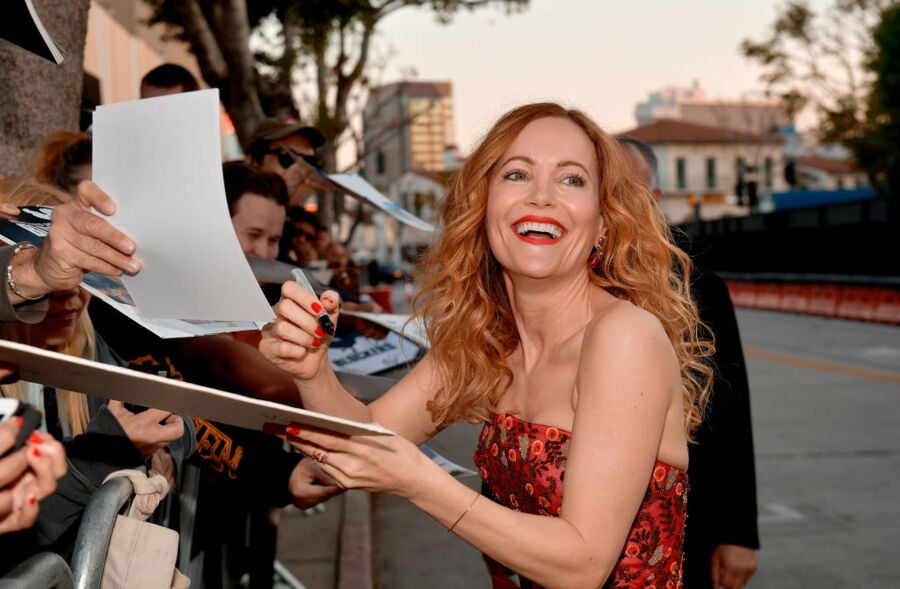 Relationships: Leslie Mann met Judd Apatow while auditioning for "The Cable Guy." The couple married in 1997, and they have had two children over the course of their relationship. Both of their daughters have become involved in the entertainment world as actors in films and commercials.

Real Estate: Along with her husband, Leslie owns several multi-million-dollar properties across the United States. The couple's first purchase came in 2003 when they acquired a 6,018-square-foot property in Pacific Palisades, a thoroughly chic and desirable neighborhood in Los Angeles. After paying $4.474 million for the residence, Apatow and Mann sold it in 2010 for $6.495 million.

Not long after, they purchased a smaller home in Beverly Hills for $1.656 million. Many assumed that this was an investment property. In 2009, the couple acquired the home of Marty Adelstein's home, a well-known TV producer. The Hollywood pair managed to purchase the property for $18.25 million despite its listed price of $20 million. Also in 2009, Leslie and Judd apparently purchased a vacation home in Kailua-Kona, Hawaii for $4.9 million.

In 2013, Leslie and her husband purchased an extensive, 2,550-square-foot residence in Malibu for $10.825 million. The beach house was originally built in the 30s – a great decade for architecture. Unfortunately, something just didn't quite sit right about the place with the couple, and in 2015 they had put it back on the market – hoping to flip it for $12 million and generated a substantial profit. In 2013, it was also reported that Mann and Judd had acquired an empty lot in Santa Monica for $8.6 million. The assumption was that the power couple planned to create a custom house on the land.

In 2018, Judd and Mann acquired another separate residence in Santa Monica for $14.5 million. Featuring 8,000 square feet and two private elevators, the home represents the finest in Hollywood luxury. It was also once owned by the legendary actor William Holden. The finishing touch includes a private rooftop deck spanning 2,000 square feet.