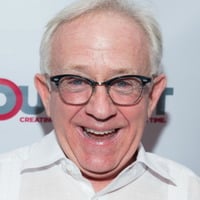 Leslie Jordan Net Worth: Leslie Jordan was an American actor and playwright who had a net worth of $2.5 million at the time of his death in October 2022. Leslie Jordan will be best remembered for his role as Karen's pretentious, sexually ambiguous rival Beverley Leslie on the popular series Will & Grace. This role earned him an Emmy Award for Best Guest Actor in a Comedy Series in 2006.

He was born Leslie Allen Jordan on April 29, 1955, in Chattanooga, Tennessee. Leslie is appreciated for his numerous appearances in both film and TV. Hailing from the South and at a height of 4 ft 11 in (1.50 m),

Jordan made a big step moving to Hollywood in 1982. Under Carolyn Barry's tutelage, he became highly present figure in commercial spots. Broadway and TV invariably were the next step. One of his best onstage performances was his rendition of Brother Boy in Sordid Lives, a role that he also took both to the big and the small screen. As for his TV work, it includes guest appearances on such shows as Lois & Clark: The New Adventures of Superman, Star Trek: Voyager, Caroline in the City, Boston Public, Boston Legal, Nash Bridges as well as his secondary role on Hearts Afire. In the midst of it all, this multi-talented artist involved himself deeply in writing as well.

Leslie Jordan wrote and starred in the autobiographical play, Lost in the Pershing Point Hotel, a stage act that was also turned into a motion picture. But let's not forget to name a few of his off-the-wall movie projects like Frankenstein General Hospital (1988), Black Velvet Pantsuit (1995) and Farm Sluts (2003). However, all of Jordan's engagements came at a price.

A self-proclaimed abuser of substances and sex, Jordan did jail time several times for DUI before facing his inner demons and reaching full recovery by 1996.

Being openly gay, he also starred in the pilot episode of Laugh Out, the first interactive, gay-themed comedy show.