What Is Leslie David Baker's Net Worth and Salary?

Baker has lent his voice to the films "Captain Underpants: The First Epic Movie" (2017) and "Vivo" (2021) and the TV shows "The Life & Times of Tim" (2012), "Puppy Dog Pals" (2017), and "Doug Unplugs" (2020–2022). Leslie executive produced the 2013 short film "Old Rivalry," and in 2011, he released "2 Be Simple," his debut single and music video (which he executive produced). "Washington Post" pop culture writer Jen Chaney described the song as "a track destined to be the party anthem at all your yuletide throwdowns." In 2020, Baker appeared in a series of popular Honey Nut Cheerios commercials.

Leslie David Baker was born on February 19, 1958, in Chicago, Illinois. Leslie attended Loyola University Chicago, graduating with a Bachelor of Science degree in psychology, then he earned a Master of Science degree in human services administration from Chicago's Spertus Institute for Jewish Learning and Leadership. Before finding fame on "The Office," he appeared in OfficeMax commercials as an office worker and taught special education. Baker also worked for Chicago's Department of Public Health, Board of Education, and Office of Cable and Communications. 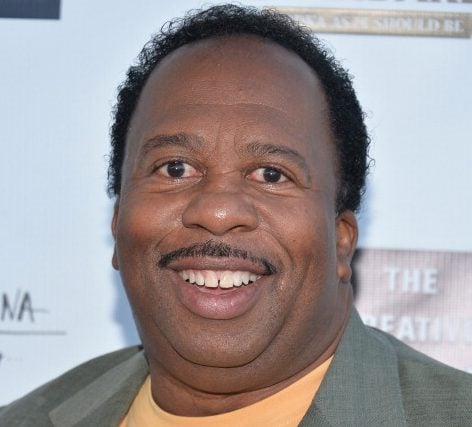 At the end of "The Office," Stanley says that he's enjoying retirement in Florida, and in 2020, Baker launched a Kickstarter campaign to fund the pilot of a spin-off called "Uncle Stan." He made the announcement on social media, sharing a press release that read, "After several years of enjoying a relatively uneventful retirement lifestyle, Uncle Stan receives an urgent call for help from his favorite nephew, Lucky: a recent widower with two small children and a motorcycle repair/flower shop in Los Angeles. Soon Uncle Stan finds himself dishing out all the support and guidance he has to offer in his new California home." More than 1,600 people donated to the campaign, and $336,450 was raised for the pilot.

After launching the "Uncle Stan" Kickstarter campaign, Leslie received racist messages that included racial slurs as well as images of lynchings. He shared screenshots of the messages on Instagram, along with the caption "For those of you who don't believe racism is still alive in the world… here's the proof." Baker told ComicBook.com, "All is not well in America. America has a very sick problem with racism and racists. And as an actor, we're often told, 'Oh yeah, people love as long as you're there to entertain them and make them smile and laugh and giggle.' But the moment you talk about how people who look like me, black people, are treated, then all of a sudden people get uncomfortable, and they start squirming and wiggling, and saying, 'Oh no, it's not that bad.'"

For "The Office," Baker and his co-stars shared four Gold Derby Award nominations for Ensemble of the Year, winning in 2007. They also received seven Screen Actors Guild Award nominations for Outstanding Performance by an Ensemble in a Comedy Series, taking home the prize in 2007 and 2008. The series also won the Future Classic Award at the 2008 TV Land Awards. 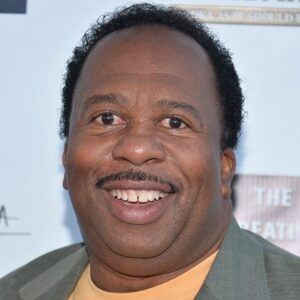