Leslie Caron net worth: Leslie Caron is a French American actress and dancer who has a net worth of $10 million. Leslie Caron was born in Boulogne-sur-Seine, France in July 1931. She made her acting debut in 1951 starring in the movies An American in Paris and The Man with a Cloak. Caron went on to star in the films Glory Alley, The Story of Three Loves, Lili, The Glass Slipper, Daddy Long Legs, Gaby, Gigi, The Doctor's Dilemma, The Man Who Understood Women, Austerlitz, The Subterraneans, Fanny, Guns of Darkness, The L-Shaped Room, Three Fables of Love, Father Goose, A Very Special Favor, Promise Her Anything, Is Paris Burning?, Madron, Chandler, Valentino, Nicole, Goldengirl, Dangerous Moves, Courage Mountain, Guns, Damage, Funny Bones, Let It Be Me, The Reef, Chocolat, and Le Divorce. Caron won a Golden Globe Award in 1964 for The L-Shaped Room and a Primetime Emmy Award in 2007. She was awarded a star on the Hollywood Walk of Fame in 2009 at 6153 Hollywood Blvd. Caron has also been nominated for two Academy Awards for Best Actress in a Leading Role for Lili and The L-Shaped Room. 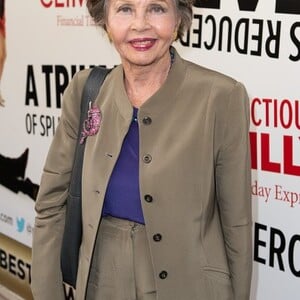