Lesley Stahl net worth and salary: Lesley Stahl is an American television journalist who has a net worth of $40 million dollars. Lesley Stahl was born in Lynn, Massachusetts, and went on to graduate from Wheaton College. She began her professional broadcasting career on Boston's WHDH-TV, and made a name for herself with her coverage of the Watergate scandal.

From there, she became the White House Correspondent for CBS, and remained the primary correspondent through Jimmy Carter, Ronald Reagan, and George H.W. Bush. In addition to her work as a correspondent for CBS News, she was also a moderator on "Face the Nation" from 1983-1991. She anchored "American Tonight" from the fall of 1990 to the spring of 1991. Additionally, she was the host of "48 Hours" from 2002-2004. She is most widely recognized as a correspondent for "60 Minutes". She has appeared on the show since 1991. She is a member of the Council on Foreign Relations. 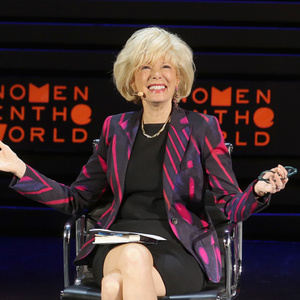