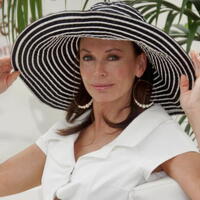 Lesley-Anne Down Net Worth

Lesley-Anne Down Net Worth: Lesley-Anne Down is a British actress who has a net worth of $10 million. Lesley-Anne Down was born March 17, 1954 in Wandsworth, London, England. She is best known as Georgina Worsley in the ITV drama series Upstairs, Downstairs (1973–75). Down also received recognition for her performances in the films The Pink Panther Strikes Again (1976), A Little Night Music (1977), The First Great Train Robbery (1979), Hanover Street (1979), Sphinx (1981) and Nomads (1986). She was cast as Madeline Fabray LaMotte Main in the miniseries North and South (1985–86), for which she was nominated for Golden Globe Awards in 1986. In 1990, Down portrayed the role Stephanie Rogers in the CBS drama series Dallas. During 1997–99 she played Olivia Richards in the NBC series Sunset Beach. Between April 2003 and February 2012, she was cast as Jackie Marone Knight in the CBS daytime soap opera The Bold and the Beautiful. Down's private life has often been a field day for the tabloids. She was romantically linked with screenwriter-director Bruce Robinson for nearly a decade before breaking it off with him to marry an obscure assistant director from Argentina. After less than a year of marriage, they divorced and she married director William Friedkin in 1982. Their three-year union produced a son, Josh (aka Jack), who was later the subject of a bitter custody battle which, unfortunately, provided Down with more publicity than the majority of her screen roles.