What is Leonardo DiCaprio's Net Worth and Salary?

Leonardo DiCaprio is an American actor, producer, philanthropist and activist. Leonardo DiCaprio has a net worth of $260 million. In the 25 years between 1995 and 2020, Leonardo DiCaprio has earned north of $300 million from salaries and backend points alone. For example, though he earned just $2.5 million in base salary from 1997's Titanic, he eventually earned $40 million thanks to 1.8% cut of gross backend points. He has also earned additional tens of millions from endorsements, real estate investments and venture capital stakes.

Leonardo got his start in Hollywood by appearing in a smattering of commercials and television roles as a child. A breakthrough part happened when the 14 year old DiCaprio landed a Mattel commercial for the company's Matchbox cars. As a teenager he appeared in commercials for Bubble Yum, Apply Jacks, Kraft Foods, among many other brands. Television roles soon rolled in to Leonardo. He appeared in one-off episodes of The New Lassie, The Outsiders and Roseanne. He appeared in 12 episodes of a series called Parenthood and then 23 episodes of Growing Pains.

In 1991 Leonardo made his film debut in Criters 3. In 1993 he landed the lead role in the biopic This Boy's Life and received much critical praise for this performance. Leonardo's next movie What's Eating Gilbert Grape? earned him an Academy Award nomination for best supporting actor. Dicaprio also garnered acclaim for his performances in the intense dramas, Total Eclipse and The Basketball Diaries. In 1996, DiCaprio starred in the box office hit, William Shakespeare's Romeo + Juliet which grossed $147.5 million worldwide.

Following this success came the 1997 film Titanic, directed by James Cameron. Titanic eventually smashed all box office records, won multiple awards and secured DiCaprio's place as a leading man. DiCaprio moved forward with a string of successful movies, including Steven Spielberg's Catch Me if You Can which grossed $352 million worldwide, Christopher Nolan's Inception and the award-winning film Revolutionary Road.

Leonardo's movies have grossed more than $7 billion worldwide (without even adjusting for inflation). 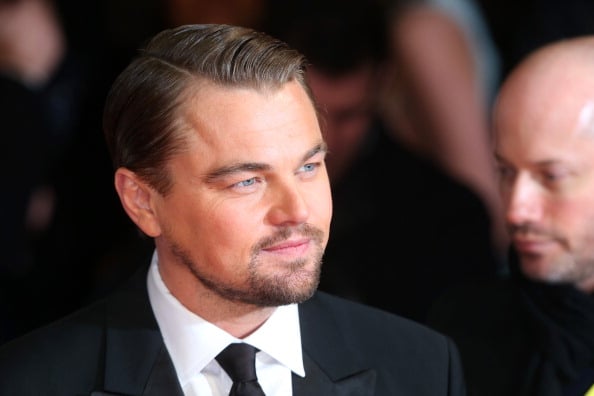 How Much Did Leonardo DiCaprio Make Off Titanic?

Leonardo's base salary for Titanic was $2.5 million. He also wisely negotiated for a 1.8% share of gross revenue backend points. After Titanic went on to gross $3 billion worldwide at the box office, DVD and through syndication, Leo's total take on Titanic was $40 million.

Leo's biggest early paycheck was the $1 million he earned for 1995's The Basketball Diaries. The success of Titanic allowed Leo to command $20 million for 2000's The Beach. He earned $10 million base for Gang's of New York. He then earned $20 million a piece for Catch Me If You Can, The Aviator, The Departed, and Blood Diamond. For 2010's Inception, Leo once again negotiated gross percentage points which allowed him to earn just under $60 million. Between 1995 and 2020, Leonardo earned at least $300 million in box office salary and bonuses. Both he and Brad Pitt took paychecks to $10 million a piece (down from $20 million) to appear alongside each other in Quentin Tarantino's 2019 Charles Manson movie Once Upon A Time In Hollywood.

For the 2021 Netflix movie Don't Look Up, Leonardo earned $30 million.

For many years Leonardo has been the face of Tag Heuer watches, appearing mainly in print ads. He has endorsed more brands overseas. For example he has appeared in commercials for Jim Beam in Japan. He also appeared in a commercial for a Japanese credit card company that reportedly paid him $5 million. In 2017 he became the brand ambassador for a Chinese electric car company BYD. He was an early investor in vegan fake meat company Beyond Meat which went public in May 2019 at a $4 billion valuation.

Following the success of Titanic, in 1998 Leo established the Leonardo DiCaprio Foundation, a non-profit that is focused on the environment. To date his foundation has raised more than $80 million for a variety of causes. He donated $35,000 to establish the Leonardo DiCaprio Computer Center at the Los Feliz, California Library which was built on the former site of his childhood home. He donated $1 million to the Haiti relief efforts and another $1 million to Hurricane Harvey relief efforts.

Leo owns at least two other oceanfront homes in Malibu, one he purchased in 2016 for $23 million.

He owns around a dozen homes in Southern California including two in the Hollywood Hills, three in Malibu and two in Silver Lake.

In 2014 he spent $5.2 million on Dinah Shore's former mansion in Palm Springs.

In 2017 he paid $23 million for an undeveloped plot of land in Malibu.

In September 2021 Leo paid just under $14 million for a mansion on a bluff looking out on the ocean in Malibu.

He owns two apartments in New York City. The first is a 2.5 bedroom bachelor pad that set him back $10 million in 2014. The second apartment is actually the result of two side-by-side purchases in one building over two transactions that total $11.7 million.

In December 2021 Leonardo paid $9.9 million for a home in Beverly Hills.

Total it all up and Leo's real estate portfolio (including the private island we are about to describe) is worth at least $100 million.

In 2005 Leo spent $1.75 million to acquire a 104-acre private island in Belize. He left the island relatively-untouched for many years but in 2016 announced he would be turning the property into an eco-friendly private resort called Blackadore Caye (which is also the name of the island). According to the most recent plans, Blackadore Caye will feature 36 bungalows and 36 estate-style homes that will be sold to private owners. All of the homes and island facilities will be 100% powered by renewable energy with zero footprint. It has been estimated the the private homes will sell for $5 – $15 million a piece.

Leonardo DiCaprio has a net worth of $260 million as of this writing. He has consistently been one of the highest-earning actors in Hollywood for two+ decades. He has also made a number of lucrative non-acting investments, most notably real estate ventures. 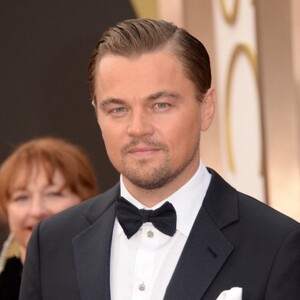