Leonard Roberts Net Worth: Leonard Roberts is an American actor who has a net worth of $500 thousand dollars. Leonard Roberts was born November 17, 1972 in St. Louis, Missouri. He is best known for his portrayals of Sean Taylor in Drumline and as Forrest Gates in the fourth season of Buffy the Vampire Slayer.

He graduated from the DePaul University Theater School in Chicago, Illinois with a BFA in acting and plunged into an acting career, first appearing in a driver's education video in 1996 and following that with a guest role in the Canadian police drama Due South. He made his film debut the following year, playing a supporting role in the independent romantic comedy Love Jones. Roberts also appeared in guest roles for shows such as Turks and Any Day Now. His first real break came in 1999 when he landed the role of Forrest Gates, a member of the Initiative who is a friend of Riley Finn (Marc Blucas) in the television series Buffy the Vampire Slayer. One of Roberts' major film roles came in 2002 when he starred in the film Drumline. There he took on the role of Sean Taylor, the percussion leader of the marching band that Devon Miles (Nick Cannon) recently joined. Roberts continued appearing on television, playing guest roles on JAG, Tru Calling, 24, CSI: Miami, Bones and NCIS. He also played Nam-Ek in two episodes of Smallville. In 2006, Roberts was cast as D.L. Hawkins on the hit series Heroes. In 2008, Leonard Roberts was cast in the action horror film Red Sands, directed by Alex Turner. The film also featured Shane West, Aldis Hodge, and Theo Rossi. Most recently, he guest starred on Castle and Criminal Minds. 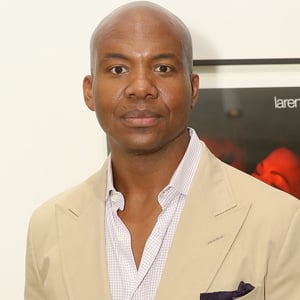