What was Leonard Nimoy's Net Worth?

Leonard Nimoy was an American actor, director and singer who had a net worth of $45 million at the time of his death in 2015. Leonard Nimoy first became famous by portraying Spock in the original "Star Trek" series. He continued to play the role in several films including 2013's "Star Trek: Into Darkness."

Leonard Simon Nimoy was born on March 31, 1931 in Boston, Massachusetts. His parents moved to the United States from what is present-day Ukraine, having left the region separately but reuniting once they both arrived in the U.S. His mother's name was Dora and she primarily was a homemaker while his father, Max, owned a barbershop in Boston. Nimoy was raised in a Jewish household with his older brother, Melvin.

Nimoy began working a number of odd jobs from a young age in order to help support his family. He set up chairs in theaters, sold newspapers, and shined shoes, among other miscellaneous jobs. Additionally, he got involved in acting at the age of eight when he started performing at the neighborhood theater. His grandfather also encouraged him to pursue acting, while his parents hoped and would attend college in order to pursue a more stable career.

At the age of 17, he landed a role in the theater production of "Awake and Sing!" which further awakened his love of acting. He also developed a reputation for his voice, working at local radio programs and voice acting Bible stories. Nimoy began taking drama classes at Boston College and then moved to Los Angeles to enroll at the Pasadena Playhouse, though he discontinued his studies there after six months as he felt he has already learned more advanced material elsewhere. He studied photography at UCLA and also became devoted to method acting and was fond of the teachings of Konstantin Stanislavsky.

As his acting career was slow to launch, Nimoy enlisted in the United States Army Reserve at Fort McPherson in Georgia, where he served for 18 months. He was able to put his entertaining skills to good use during this time as he served in the Army Special Services and wrote and emceed performances for the soldiers.

After leaving the Army, Nimoy continued pursuing acting in Los Angeles, where he drove a cab to make ends meet. He spent a decade attending casting calls and landing minor roles in small movies and television series, deciding at some point to embrace being a supporting rather than a lead actor. Some of his roles during the 1950s and 1960s include parts in "Perry Mason," "Them!" "The Balcony," and "Death Eaters." He also appeared several episodes of "Sea Hunt" and "Wagon Train," as well as "Bonanza," The Eleventh Hour," The Virginian," and "Get Smart."

In 1964, he worked with future co-star William Shatner for the first time on an episode of "The Man from U.N.C.L.E." He also continued pursuing theatre opportunities, playing a main role in Gore Vidal's "Visit to a Small Planet" in 1968.

Nimoy's big break came when he was cast as the character of Spock in 1966. He appeared on the original series from episode one and the role would become the most iconic of Nimoy's career. From 1966 to 1969 when "Star Trek" was broadcast, Nimoy was nominated three times for Emmy Awards in the category of Outstanding Supporting Actor in a Drama Series, the only of the series' actors to have received an Emmy nomination. Nimoy reprised his role a number of times in the future, with "Star Trek: The Animated Series" and "Star Trek: The Next Generation." The franchise was then elevated to a feature film and Nimoy again took on the role for the six movies that followed, even directing two of them. In 2009, Nimoy played the role of an older Spock in the newer "Star Trek" movie and then took on the beloved character once last time in 2013's "Star Trek: Into Darkness." 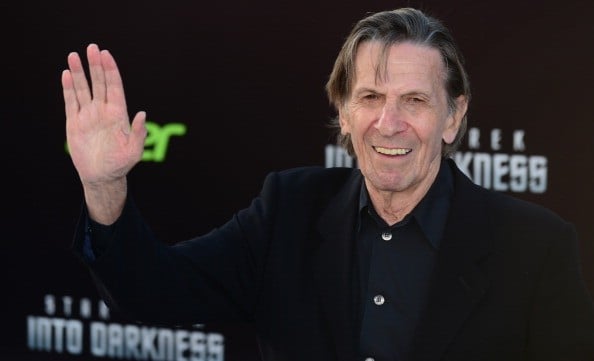 Outside of Star Trek

While Nimoy is most fondly remembered for the character of Spock, he by no means limited his acting career to this character. He also joined the cast of the spy series, "Mission Impossible" in 1969. He also took roles in shows like "Columbo " and "Night Gallery" as well as a number of television films like "Baffled!" "The Alpha Caper," and "A Woman Called Golda." His role in the latter film earned him an Emmy Award nomination in the Best Supporting Actor for a Television Film category.

Additionally, he starred or co-starred in many theater productions. He played Tevye in "Fiddler on the Roof," Randle McMurphy in "One Flew Over the Cuckoo's Nest," and the title character in the Royal Shakespeare Company's production of "Sherlock Holmes."

Nimoy continued acting into his later years, authored two autobiographies, and developed a keen interest in photography, which he had first began as a child. As an adult, his work was featured in several galleries in Massachusetts, including the Massachusetts Museum of Contemporary Art. He also released five albums, some of which he recorded in the character of Spock and others that featured renditions of popular folk songs.

During his life, Nimoy was very active in the Jewish community. He incorporated his beliefs into his work, narrating a documentary focused on Hasidic Orthodox Jews and also doing a photographic study into Kabbalah. He also was a private pilot and owned his own airplane.

In 2014, Nimoy announced that he had been diagnosed with chronic obstructive pulmonary disease. A year later, he was admitted to UCLA Medical Center for chest pains and then slipped into a coma. He died of COPD complications on February 27, 2015 at the age of 83. He was later buried at Hillside Memorial Park Cemetery in Los Angeles. 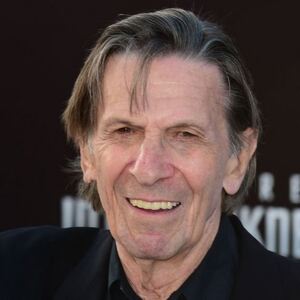