Leon Jackson Net Worth: Leon Jackson is a Scottish singer who has a net worth of $5 million. Leon Jackson was born December 30. 1988 in Whitburn, West Lothian. He is the best known as the winner of the fourth series of British talent show The X Factor in 2007. Jackson went on to be the star of his on-web series entitled Leon's Life, which ran from 2007 until 2008.

Jackson's debut album, Right Now (2008) finished the year as the 75th best-selling album in the U.K. and included the singles Don't Call This Love, Creative and Stargazing. Jackson's debut single When You Believe, a cover of a song performed by Whitney Houston and Mariah Carey and composed and written by Stephen Schwartz, was the 92nd best-selling single of the 2000s in the U.K. and was the third best-selling of 2007. Leon Jackson had the best-selling single from a British Male Artist in 2007, beating the likes of Mika, Take That and Mark Ronson in the best-selling male category but being beaten by Leona Lewis' Bleeding Love and Rihanna's Umbrella to the No. 1 and no. 2 positions, respectively. In April 2008, Leon Jackson was awarded the Sunday Mail Young Scot Award at Glasgow City Hall for being a positive role model to young people and in 2011 Jackson was the host of the Sunday Mail 2011 Young Scot Awards which were held in August of 2011 in Glasgow at the Glasgow International Hilton Hotel. In May of 2011, Leon Jackson was nominated at the Johnnie Walker Blue Label "Great" Awards. 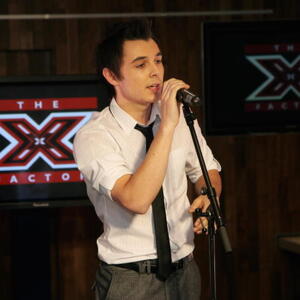